By JOSHUA WEINER
December 3, 2003
Sign in to view read count 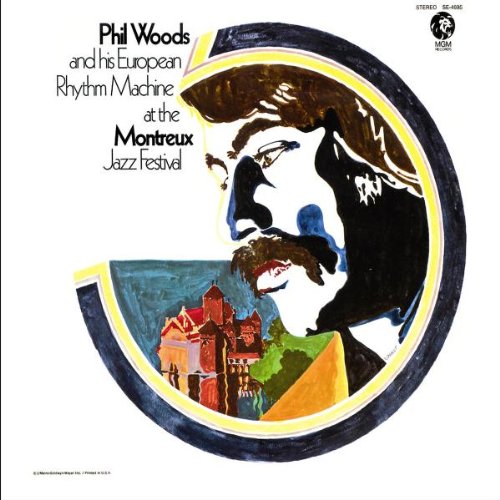 The consolidation of many record companies into a few mega-conglomerates worries a lot of music lovers, and there is certainly a danger of homogenization to a degree even greater than that already extant. There are up sides, however, and Verve Music Group/Universal’s recent spate of LP reproduction reissues is one. The acquisition of the catalogs of MGM, Cadet, Impulse!, ABC, and other labels has opened up a treasure chest of forgotten albums ripe for rediscovery, and to Verve’s credit, the series has ranged far and wide.

Some of the re-released albums are interesting one-offs or time-capsule curios (see Afro-Harping by Dorothy Ashby), but included in the list are a few true classics, such as Phil Woods and His European Rhythm Machine at the Montreux Jazz Festival, a molten live date from 1969.

Woods was living in Europe by this time, gigging regularly with an explosive quartet including George Gruntz on piano, Henri Texier on bass and Daniel Humair on drums. From the moment the emcee introduces the group, they are off at full throttle, tearing into the breakneck bop of Gruntz’s “Capricci Cavaleschi.” Woods is an inveterate bebopper, albeit one who mixes in various avant flavors, and he solos here like he’s channeling Bird himself.

Even when the tempo cools down, as on Leonard Feather’s highly appropriate “I Remember Bird,” the intensity of the playing does not; dig how Woods jams a double-time quote from “Scrapple in the Apple” into the piece’s chord structure during his solo. On this tune, Gruntz and Texier plow a mighty blues furrow, seeded by Humair’s cracking snare accents. Carla Bley’s “Ad Infinitum,” a modal-flavored waltz that mutates into a flat-footed blues four at odd intervals, brings out the best in Woods and includes some great interplay between Gruntz and Texier. The closing “Riot” lives up to its name (more so than author Herbie Hancock’s own versions) and includes an ecstatic, almost violent duet between Woods and Humair.

The intensity of the group’s performance is nicely offset by Woods’ unassuming, charming introductions in New York-accented French. The remastered sound is generally good, although it suffers from the typical late-'60s overuse of stereo panning (Gruntz is way off to one side). The only complaint one might raise is that no additional material is included – surely the group played more than 35 minutes over the course of the festival? – although an exact reproduction of the LP running order is a hallmark of Verve’s reissue series. In any case, it is great to have this exciting live record back in circulation.