By Phil Barnes
December 30, 2015
Sign in to view read count
I am grateful to All About Jazz for their continued loyalty and support for my writing during a difficult year when I learned some things about what David Sylvian called the 'banality of evil' that I'd rather not know. Musically the year in the UK was distorted by the London Jazz Festival in November, with many releases being held back until the autumn to enable higher profile launches to be coordinated with festival gigs. This unwittingly makes compiling a year end list still more difficult, with some worthwhile work inevitably getting crowded out in the industry's high stakes competition for the seasonal UK jazz fan's money and attention.

Ultimately this piece makes no pretence of presenting the definitive albums of the year—it can only highlight my favourites from those that I was fortunate enough to review on All About Jazz. Great records that are outside of the scope of this article include Vijay Iyer's Break Stuff and Troyka's Ornithophobia which I reviewed elsewhere, and albums like Max Richter's From Sleep, Mikkel Plough's At Black Tornado or Kamasi Washington's The Epic which I never quite had the time to do justice to in any forum. These and others may yet keep me busy in the early part of 2016, so without further delay here are my ten favourite albums from my All About Jazz reviews presented in no particular order:

Emily Saunders fantastic second album bucked the reactionary trend in jazz vocal albums to slow a punk era classic in a minor key, or fall back on over familiar Great American song book show tunes of the 1950s. Rhythmically inventive and lyrically sophisticated, Saunders and her wonderful band deserved wider recognition for this excellent album.

After last year's classic Live in Larissa Nat Birchall returned with a new label and a mostly new band on this album. As before the beautiful deep tone of Birchall's sax and enthralling grasp of the space and dynamics of the music made for a superlative listen. 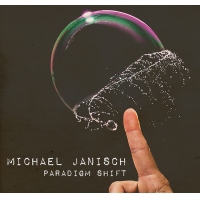 London's Whirlwind records maintained their fine form of recent years with, among others, this exhilarating double CD collection from label boss Michael Janisch. Using the tapes of a 2011 performance as the starting point for the collection, the post-production took this in new more imaginative directions representing a fine example of thoughtful, modern jazz that somehow managed to remain a recognisable development of the jazz tradition. I had the privelige of talking to Mr Janisch in the autumn and found him smart, erudite and justifiably proud of an album that showed that creativity was the best answer to hard times. 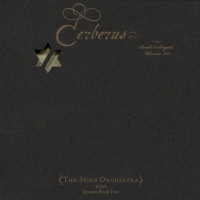 Quite unlike anything else I heard this year, the Spike Orchestra released two fabulous records in 2015. "Ghetto" was a moving musical expression of the Warsaw Ghetto uprising of 1943 that stopped me in my tracks when I heard it this summer—about as far as it was possible to get from the endless 'Sinatra's in corduroy' that plagued our music this year. If anything, though, second release "Cerberus" just topped it on account of being a touch more accessible and rhythmic. Ones to watch for in 2016. 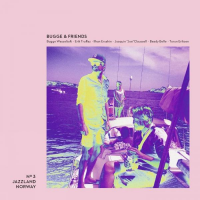 The perfect summer record came from Bugge Wesseltoft and friends, including Erik Truffaz, Joe Claussell and Beady Belle, who collectively rolled back the years to produce this jazz house cracker. 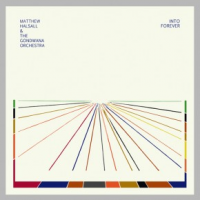 The first Halsall collection to feature vocalists, and the first where Nat Birchall did not play on at least one track, this was very much a gentler development of the Halsall sound from the melodic fire of 2014's classic When the World Was One. That it worked so well was in part due to the continuity in the band from the likes of Rachel Gladwin's harp and Gavin Barras' deep bass pulse, but also because the quality of the vocals from Josephine Oniyama and Bryony Jarman-Pinto was consistently high. The former's "Badder Weather" was the pick of the vocal tracks with a soulful edge that made it stand out. 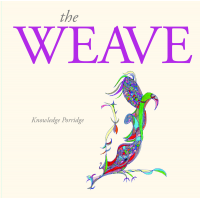 The Weave
Album Title
Self Produced

There was a huge amount of great music coming from the North West of the UK in 2015 that went beyond the better known Matthew Halsall's and Nat Birchall's to include the likes of Matt Owens, the Beats and Pieces Big Band and this from the Weave. 'Knowledge Porridge' took its title from a line in an old La's song, featured Michael Head (Pale Fountains, Shack) guesting on one track and its finest moment of many was the jazz extension of Stealing Sheep's "Evolve and Expand" featuring that band's Lucy Mercer on vocals. Instinctive, natural and old school bohemian it was an original and varied jazz sound that refused to follow fashion and was all the better for it. 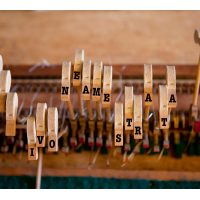 Whirlwind again—this time with pianist Ivo Neame as band leader and featuring the ever excellent Tori Freestone on tenor sax. Not as immediate as "Yatra," Neame's previous album, but the title track was gorgeous, its analogue synth accents adding a depth and warmth that made some think of Weather Report but reminded me of "With A Little Luck" in dub. Each to their own I guess. 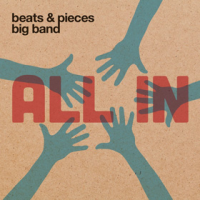 Beats and Pieces Big Band
All In
Efpi Records

The year's most energetic album proved musical director Ben Cottrell's theory that a big band could replicate the excitement of a rock band going for it. Another from the fertile North Western scene.

At the height of the Jazz Festival release madness this left field gem arrived from Australia sounding completely 'other' and yet completely right at the same time. Improvised rather than strictly jazz in a way that traditionalists would recognise, it was a remarkable cinematic record that reflected the beautiful chaos of our world.