Internationally renowned and critically acclaimed vocalist, songwriter, producer, Emily Saunders takes the stage by storm. Emily is self-produced & self-released and her music has sold worldwide with impressive radio play: Her album ‘Outsiders Insiders’ (all original music – composed, arranged, produced by Emily) was heralded as one of The Daily Telegraph’s Best of 2015 and Jamie Cullum said on his BBC Radio2 programme she’s “Absolutely Brilliant”. Emily has received multiple 4 star reviews including the Evening Standard, The Guardian, The Independent and her music broadcasts nationally on BBC Radio1, 2, 3, 4, 6 & XFM, JazzFM (playlisted) plus on radio stations around the world including USA, Japan, Australia, Spain, Germany, Sweden, Italy, Abu Dhabi, México 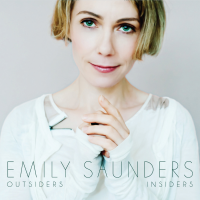 I am grateful to All About Jazz for their continued loyalty and support for my writing during a difficult year when I learned some things about what David Sylvian called the 'banality of evil' that I'd rather not know. Musically the year in the UK was distorted by the London Jazz Festival in November, with many ...

Four years on from her debut Cotton Skies London's Emily Saunders has taken near complete control on this wonderful follow up and artistic leap forward. While she also produced her debut, this time Saunders wrote and arranged all nine tracks, not needing to augment them with covers from the likes of Airto Moreira as she did ... 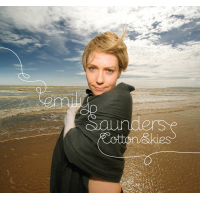