By GLENN ASTARITA
August 13, 2014
Sign in to view read count 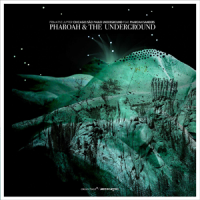 Several movements are modeled with blustery flights of fancy, complemented and expounded upon by Sanders and Mazurek's flourishing wind tunnels of sound and sizzling improvisational exchanges. On "Spiral Mercury" the band imparts a thrusting gait, abetted by Taylor's topsy-turvy Latin pulse, spearheading a Mile Davis, Bitches Brew era uplift. Here, Sanders' deep notes and garrulous phrasings are paced by an electric guitar sample, emulating terse chords within a deterministic groove. They mix it up as the frontline generates gritty plaintive cries. However, Granado's grizzly electric piano lines hearken back to old school jazz fusion, yet the musicians intersperse a sense of antiquity into various passages, executed within asymmetrical cadences and frothy breakouts. It's all countered by Mazurek's blast-furnace type delivery and booming sojourns with Sanders.

Mazurek injects variety into the program, where existential-like minimalism, quiet electronics effects and subdued horn parts, are shaded by faint cymbals swashes and trippy choruses on "Asasumamehn." Elsewhere the band merges contrasting layers, disparate textures, ungodly shadings and more than enough excitement to sustain interest from beginning to end. The album is counterbalanced by an amalgamation of subtle oddities that outline the ensemble's unmistakably detectable watermark that vaults the jazz genre into parts unknown.