By Glenn Astarita
February 25, 2018
Sign in to view read count 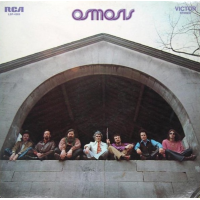 Here's a band that largely went under the radar after its lone LP release for RCA Records in 1970. Based in Boston, renowned reedman Charlie Mariano looms as the only well-known musician in this septet. But that's not to say the other members lacked any technical acumen and/or a fertile imagination, especially when looking back into the advent of the jazz rock and jazz fusion movements that sprouted during this time.

The updated liners by journalist Sid Smith provide good insight into the band's formation along with anecdotes by guitarist Andy Steinborn. It's also interesting to note that Mariano's connection at RCA Records sealed the deal so to speak, which of course was a major feat, considering the expense of recording, production, marketing and most record label executives' reluctance to sign new and unproven talent. Remastered from the original RCA tapes this is the first 'official' CD release. Moreover, Steinborn sheds light on the fact that the artists' excitement level diminished after hearing producer David Blume's final mix that "sold the band short." He goes on to say that "listening to the finished album compared to hearing the rough mix in the studio it was as though somebody had put a blanket on the speakers."

Coupled with the jazz rock vernacular, certain pieces are tinted with the era's trippy rock movement with Mariano's jazzy or ethereal sax and flute passages floating on top of the variable currents. The ensemble also embeds world jazz inflected motifs, while executing a dreamy 1960s pop inflected groove with a Latin- based organ modality on "Shadows." Add a few fast-paced rockers used as zesty soloing vehicles and "Scorpio Rising," which is outlined with Steinborn's trebly wah- wah phrasings and a Mothers of Invention-style pop spoof, partially defined by high-pitched background vocal choruses.