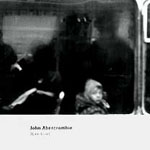 Truth be told, John Abercrombie has always been one of the more neglected players of his generation. He's never done the more commercial types of things that have brought fellow guitarists like Pat Metheny a broader audience base, and yet the irony is that his adventurous style and sound was the forerunner of such current underground favorites as Kurt Rosenwinkel, Bill Frisell, and Ben Monder. Several years ago, however, he chose to work in the context of an organ trio. And being the sagacious one that he is, he put Dan Wall into the B-3 chair and Adam Nussbaum behind the drums. A more complimentary pair one couldn't ask for, with Nussbaum as heated and flashy as Wall is delicate and understated, the trio made three exceptional albums for ECM that have become modern-day classics.

This latest affair finds Abercrombie still working with Wall and Nussbaum, but adding some other voices as well, giving us an even more diverse recital of the guitarist's originals. The inclusion of trumpeter Kenny Wheeler and saxophonist Joe Lovano is not surprising, but the real ringer here is violinist Mark Feldman. So the story goes, Abercrombie had been wanting to record with Feldman for some time and the atypical blending of violin and trumpet over the organ base is certainly a novel sound that proves to be surprisingly fresh.

"Open Land" is an ingenious composition, with its extensive form drifting between slow melodic development, akin to the modern classical tone row, and more conventional passages of swing. Feldman, Lovano, and Wall all contribute expansive solos, while Wheeler's reading of the melody line is as resounding as the landscape the title suggests. For "Spring Song" the lead is carried by violin and Abercrombie's acoustic guitar, a delicate timbre that fits well with the tune's graceful waltz tempo. As a somewhat belated reply to Brubeck's "Take Five," "Gimme Five" swings effortlessly in five over a catchy bass vamp. Again, suggesting the range that makes this one so rewarding, the closing "That's For Sure" could almost be called a hillbilly shuffle, Feldman's violin appearing to be the perfect foil.

As well-paced and written as Abercrombie's material is, strong individual solo statements also come to the fore. Wheeler sounds particularly animated, his upper-register leaps and textural variations at a premium on "Little Booker," one more line whose title makes a pun that pays tribute to another renowned jazz trumpeter. Wall and Abercrombie feed off each other in a way that suggests their many years together as a team has lead to a telepathic state of interaction. So what do you get when you take what is already a good thing and add more of a good thing? The sublime happening we have here where the whole is truly greater than the sum of its parts.