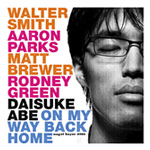 The influence of several guitarists who emerged during the 1970s—including John McLaughlin, John Scofield, John Abercrombie, Pat Metheny, and Bill Frisell—is still being felt over thirty years later. But it should come as no surprise that some of the next generation—Kurt Rosenwinkel, for example—have been around long enough now to be influencing an even younger group of players, in a way that's as much about general musical approach as specific technique.

Whether or not young players should release recordings as leaders so early in their careers is a controversial question. The sad reality is that with the loss of a community-oriented jazz scene in most cities, where young players can gain leadership experience through mentoring by established artists, up-and-comers are often forced into the spotlight too soon. Some, like Joshua Redman, ultimately deliver on their promise, but others quickly fade into obscurity. It's too soon to know the fate of Tokyo-born, New York-resident guitarist Daisuke Abe, but his debut record, On My Way Back Home, demonstrates qualities that may well see him emerge in time as a guitarist of note.

Abe's style is clearly informed by Rosenwinkel, right down to the subtle use of delay to thicken his equally warm tone. On My Way Back Home bears strong stylistic resemblance to Rosenwinkel's Deep Song. With the same instrumental lineup—guitar, piano, tenor sax, bass, drums—and a similar penchant for expanding the mainstream with a contemporary language that exploits more open harmonies and shifts in tempo and meter, the link may be too direct. Abe favors Rosenwinkel's use of peppered chords to break up lyrical single-note runs, but he's a more linear guitarist whose playing contrasts with Rosenwinkel's rapid across-the-neck arpeggios.

Abe's bandmates—saxophonist Walter Smith, pianist Aaron Parks, bassist Matt Brewer, and drummer Rodney Green—are all up-and-comers in their own right. Parks, in his early twenties, has been making significant waves in Terence Blanchard's band over the past couple of years, both as a player and a writer. But it's interesting to note that, despite his high-profile gig, he's yet to release an album under his own name—preferring, it would appear, to gain experience under Blanchard's more seasoned aegis.

As an enjoyable album of contemporary post bop, On My Way Back Home has plenty to recommend it. Still, one wonders what Abe's first album might have been had he spent time in a mentored situation and been given a greater opportunity to develop a personal voice without the pressure of the spotlight. Still this debut is filled with promise. The only question now is this: will Abe ultimately deliver?