By Eyal Hareuveni
August 26, 2014
Sign in to view read count 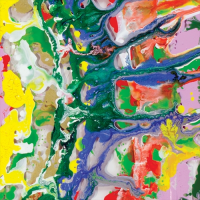 Young Norwegian fusion trio Null—guitarist Viktor Wilhelmsen, bassist Aksel Jensen and drummer Stian Lundberg—speculates on what would have happened if the Miles Davis and Jimi Hendrix plans to record an album together were realized. And how it would have sounded if influenced by the work of seminal Norwegian guitarist Terje Rypdal, mainly in his seventies bands, when playing in dance clubs.

Null aesthetics encompasses all aspects of the often disregarded genre of fusion, with all its power, acrobatic techniques and often virtuoso playing. The commanding, charismatic guitar playing of Wilhelmsen is clearly inspired by Rypdal, especially on "No Sense," but sounds freer, pushed and challenged by the tight, aggressive rhythm section of Jensen and Lundberg. When Null slows down, literally on "Slow Down," it still sounds like a massive stream of energy waiting for a cathartic eruption. On "Phaselift" and the impressionistic "Rust" the trio adopts muscular funky slap bass lines that pays tribute to the great bassist Marcus Miller. Even the atmospheric ballad "Right Now" and the surprising slide blues of "Adult Contemporary Music" ride on a disturbing vein of dark energy, delivered by bursting bass lines.

The powerful, driving music of Null is irresistible. An organic blend of reckless, muscular rock with a jazz-based, eager need for improvisation that sends energetic waves of grooves that make it impossible to sit still while listening to it.