Ian Brighton: Now And Then 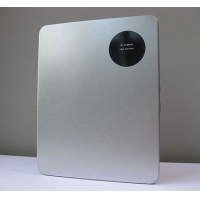 Ian Brighton's first album Marsh Gas was released on Bead Records in 1977. This, his second album, is released nearly forty years later. Marsh Gas is now, sadly, a rare and virtually unobtainable artefact (other than the availability of some tracks via YouTube) so it's significant that Brighton's Now And Then has been released to coincide with the guitarist's 72nd birthday and which proves that he has not lost an iota of the iconoclastic dynamism he evinced all those decades ago. In addition to his solo performances, he was also a member of John Stevens' Spontaneous Music Ensemble and the Tony Oxley Quartet.

"A Voice You Left Behind" begins poignantly with the inimitable strains of Derek Bailey's softly but incisively spoken words on the subject of the potential oxymoron of recorded improvisation. Bailey was Brighton's guitar tutor and mentor and this is apparent from the moment Brighton starts playing his electric archtop. However, Brighton is by no means a copyist, he has his own distinct style and avoids the overuse of Bailey's trademark harmonics. "Chasin Lol" is a solo guitar paean to the late and greatly missed soprano saxophonist Lol Coxhill. Here Brighton employs frenetic, darting movements, often incorporating both a slide and some behind the bridge playing.

"30 Years From Yesterday" is the first of only two of the seven tracks presented here which was not recorded between 2013 and 2015. Recorded in 1986 it features his long-time erstwhile colleagues Phil Wachsmann on violin, Marcio Mattos on bass and Trevor Taylor on percussion. Here, along with glissando waves from all three stringed instruments and accompanying rasping percussion, we hear that Brighton has adopted the occasional use of a piece of Bailey apparatus, the volume pedal, with which he is able to colour his tonal palette, and this is also in evidence on the succeeding track "Alive And Well" featuring Brighton on solo guitar once more and which was recorded in 2001.

In contrast to the lone guitar, "Percussion Discussion" is absolutely gripping. Sheets of echoing percussion cascade and envelope the metallic florid guitar notes. Frank Perry and Trevor Taylor play in tandem along with intermittent contributions from Nicky Heinen on flute. The only slight negative here is that it is not possible to determine which percussionist is playing what. But this is a minor quibble as the overall effect is dramatic and engaging.

"Generations Apart" features Brighton with his son Paul on electronics and from the opening, Brighton's characteristic bold note-striking tendency is encountered whilst the electronics provides aural light and shade. "Going Home" benefits from an underlay of electronics over which the guitarist explores tintinnabulating territory.

Along with others including Derek Bailey, Marc Ribot, Roger Smith, John Russell, Keith Rowe and Fred Frith, Brighton is a significant if too rarely heard innovator in the world of guitar improvisation. Key to Brighton's work is the too rarely heard characteristic of exploring the possibilities rather than the probabilities of the sounds of his instrument. And that, above all, is what makes this album important.