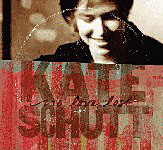 No Love Lost is an album from singer/songwriter/guitarist Kate Schutt, a U.S citizen living in Guelph, Ontario, Canada since 2005 Schutt offers a variety of moods, and her writing is always sharp regarding the state of her heart, via some tunes of love—some unrequited and some rather active. The overall mood of the album echoes the work of vocalist Madeleine Peyroux, who has achieved enormous success, as well as a drop of Norah Jones insofar as arrangement and delivery.

The opening, low-key "How Much in Love" sports minimal accompaniment—Schutt's guitar backed by viola and cello. The mood changes drastically on the following "Wrecking Ball," moving into a shuffle beat utilized often by Peyroux, and very effectively accompanied by harmonicist Paul Reddick and trumpeter Patrick Boyle, on one of several appearances. The important addition of Boyle, as well as guitarist Duane Andrews' Django Reinhardt-like vibe, fully adds to this music.

"Peter Please" is Schutt's first "love lost" vehicle, with direct lyrics that are right on the mark. "I'm Yours" pairs Schutt with blues singer Toni Lynn Washington for a minimalist but upbeat performance.

One highlight of this album is the concluding cover of Sheila E.'s 1984 dance floor hit, "The Glamorous Life." This heated tune, a popular club classic of the pre-hip-hop era, is, in a way a match for the talented original music of vocalist/timbalist Escovedo. What Schutt does here is to raise the shuffle beat a bit more to mid-tempo, and insinuate the lyrics—which normally wouldn't be heard over the din of the dance floor—to make them into a sensuous lesson to women, young and old—a most impressive musical milestone.

Which is a good summation of No Love Lost. A coda to the closing track might be to imagine the Sheila E. original being played at full strength at a local disco, while Schutt's version is spun at the back corner tables on the upper floor for romantic couples.

How Much In Love; Wrecking Ball; Mary; Peter Please; Raining; Calamity; I'm Yours; Two Halves; The Moon Got Broken; The Young; Glamorous Life.