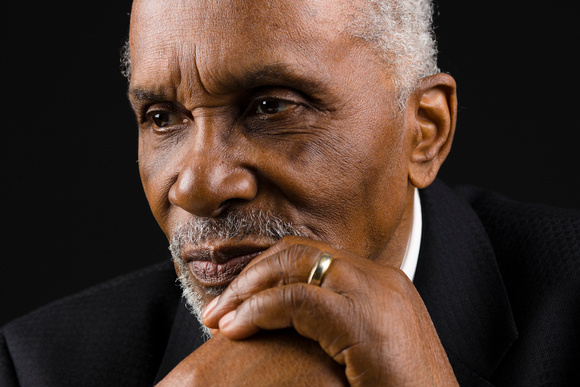 slideshow
San Francisco Bay Area jazz vocalist Ed Reed and his quartet will be performing three dates on the East Coast next month in support of his third CD, Born to Be Blue. He'll appear at the Jazz Standard 1/17, his third visit to the New York club in the last four years; Scullers in Boston 1/18 for the first time since 2008; and Cafe Eiko in Hartford, CT 1/21.

In New York and Boston, Reed will be working with tenor saxophonist Anton Schwartz, pianist Randy Porter, bassist Ugonna Okegwo, and drummer Akira Tana. (In Hartford, the pianist will be Gary Fisher, who's heard on Reed's first two albums, and the drummer Tido Holtkamp.)

This is the band (with Okegwo replacing Robb Fisher) that appears on Reed's masterful new release, Born to Be Blue, which was released last June by his Blue Shorts label. The entire project was an outgrowth of Reed's hugely successful five-night run at Marians Jazzroom in Bern, Switzerland in September 2009. Although he had performed with Porter, Fisher, and Tana previously, the Swiss engagement was the first on which they backed Reed as a unit. They jelled so well that they decided to make an album, adding saxophonist Schwartz for the Bay Area sessions produced by Reed and Bud Spangler last fall.

Ed Reed, who'll turn 83 on February 2, has pursued a most unconventional path to his present-day career as a highly regarded jazz singer. It was not quite five years ago that he released his recording debut, Ed Reed Sings Love Stories, when he was 78. The following year came The Song Is You, along with expanded touring opportunities, a guest spot on Marian McPartland's Piano Jazz, and a Wall Street Journal profile by Nat Hentoff. Reed also placed in the “Male Vocals, Rising Star" category of the DownBeat Critics Poll in 2008, 2009, and 2011, and in the Male Vocalist category of this year's DownBeat Readers Poll.

Reed's career may be late-blooming, but blooming it is. In June he was honored as a Bay Area Jazz Hero at the Jazzschool's satellite party for the Jazz Journalists Association Awards. Prior to leaving for his East Coast tour, he is launching a new Jazz at the Chimes series at Chapel of the Chimes, the Oakland landmark designed by Julia Morgan, with a 1/15 concert in the company of Anton Schwartz and Randy Porter. He is also in the early stages of planning a new recording of Nat “King" Cole material.

“I'll be happy to be back on the East Coast celebrating my new CD, and honored to be on the bandstand with these world-class musicians," says Reed. “This record means a lot to me because it tells so much of my own story. I think everyone is born to be blue, or at least have the blues. And though most of us tend to hold onto our sadness, I think we need to shout about it and sing about it, so that we can let go of it."

Press reaction to Born to Be Blue:

“[Ed Reed] puts me in mind of Jimmy Rushing, Joe Lee Wilson, Abbey Lincoln&#151folks who sing (or sang) from the gut, from life experience, doing it with nobility and smarts, while feeling inside a lyric." —Richard Scheinin, San Jose Mercury News

“This is refined vocal jazz that only a lifetime can produce." —C. Michael Bailey, AllAboutJazz.com