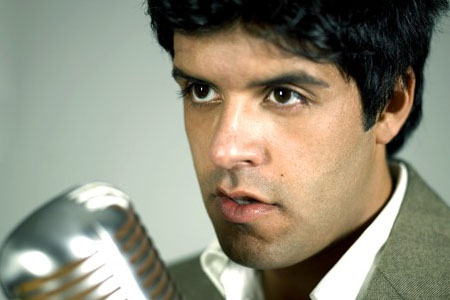 slideshow
Jazz vocalist Sachal Vasandani, hailed as one of the rising stars of the jazz world and praised for a “golden voice" enhanced by “emotion and intellect, will perform at 8 p.m. June 3 at the Spa Little Theater, Avenue of the Pines, Saratoga Springs, NY.

The Chicago-born artist first began attracting attention as a University of Michigan music major when he was named DownBeat magazine's Collegiate Jazz Vocalist of the Year in 1999.

After moving to New York and working for a time as a Wall Street investment banker, Vasandani quickly became a part of the jazz scene, and made a musical home in storied clubs like the Zinc Bar. He was tapped for a number of guest performances and recordings, notably by the Lincoln Center Jazz Orchestra with Wynton Marsalis.

After Vasandani's break-through debut recording, “Eyes Wide Open" he began touring extensively. He opened for such disparate artists from jazz trumpeter Chris Botti to pop singer Joan Osborne, garnering respect from a diverse spectrum of audiences. Vasandani's second album, “We Move," was released in September 2009 to excellent reviews and was chosen in November as a New York Times Critic's Pick.