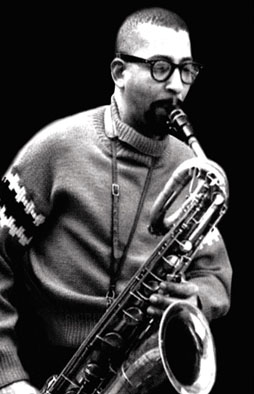 Sahib Shihab isn't as well known today as most other storied baritone saxophonists like Gerry Mulligan, Pepper Adams, Serge Chaloff and Harry Carney. As I recall from my not-yet-transcribed interview with Sahib back in the '80s, when he was a visiting professor at Rutgers University, part of the reason for his obscurity was his lengthy expatriate status.

After a European tour in 1959 and '60 with the Quincy Jones big band, Sahib began spending a growing amount of time playing in Europe and Scandinavia, eventually marrying a Danish woman and remaining in Denmark after 1961. He made only sporadic trips back to the States, where the music scene's rapid shift away from jazz came as a shock to him.

What I remember most about our encounter was Sahib's size—he seemed well over six feet tall, with a large, thick beard and fierce eyes that didn't suffer fools. And yet he was patient and kind in his answers—a natural educator whose mountain-man presence forced you to frame your questions with care.

When you explore Sahib's recordings, you'll find that virtually all of them are magical. As a sideman and leader, Sahib's lines were always hard crafted and boldly executed while his original compositions were catchy, deep and hip.

The three reeds alone would have been dazzling—with Benny's slippery tenor, Phil's urgent alto and Sahib's muscular baritone. But there also was a