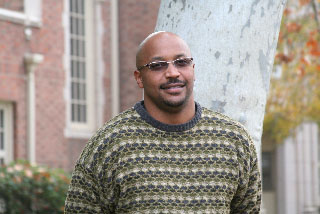 After spending over 30 years within the California prison system, saxophonist Frank Morgan began a new chapter in life. His release in 1985 signaled a comeback to the jazz scene and a strong desire to warn young jazz musicians about the hazards of drug use. During his participation in the 2007 Brubeck Institute Summer Jazz Colony, working at Pacific with the most talented high school students in the country, Morgan recorded on Langham's album. Within 4 months of this recording, Morgan passed away from inoperable colon cancer in Minneapolis, MN, after a European tour.

Most jazz musicians during the 1940s-1950s who were followers of Charlie Parker saw drugs as a means of coming close to Parkers' mastery. Morgan was no exception, and his drug use led to prison time. While incarcerated, he performed for inmates with several jazz icons including Art Pepper. But after his ultimate release, Morgan began to give back to the music that kept him going. His participation in the 2007 Brubeck Summer Jazz Colony served as part of his efforts teaching jazz and guiding youth. During his week-long residency, Morgan and Langham formed a special friendship.

“I cannot count the number of times I heard Frank say 'It's great to be alive' while we worked together," Langham recalls. “It's as if he knew that his time was short and he wanted to make the most of every second spreading joy through music and generosity. I was honored to be working with a master who had recorded over 20 albums on various jazz labels and was so encouraging of my efforts and ability. Frank Morgan represents what we all strive for as musicians: an easily recognizable sound, a connection to the past and vision for the future, and the ability to inspire others."

Patrick Langham is Associate Professor and Director of Jazz Studies at University of the Pacific Conservatory of Music. Visit patricklangham.com for music samples, itinerary, and news. “Grown Up Listening" is available for purchase from CDBaby.com, and digital downloads are available from DigStation.com and from iTunes.