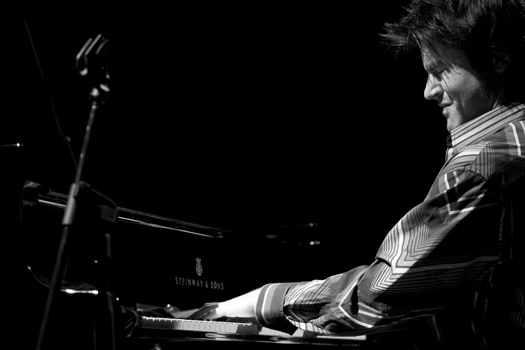 “Dan Tepfer in 'Variations on Goldberg"
A Solo Piano Concert

Montreux Jazz/Cole Porter Competition Winner, Dan Tepfer, an acclaimed French/American classical/jazz pianist, who was recently praised for his “brilliant career" in the New York Times, has been performing J.S. Bach's Goldberg Variations worldwide. From his sellout concerts at the Kennedy Center, to touring the Czech Republic with the Castle Guard Orchestra: to his appearance at the Atelier de la Main d'Or in Paris; Dan has been performing this new work in public, and -- as befits a musician whose career has been built mainly within the contemporary jazz world20--incorporating improvisation into the mix.

Born in Paris, France, in 1982 to American parents, Tepfer started classical piano studies at the age of six at the Paris Conservatoire Paul Dukas. He soon began to explore improvisation on his own and remaine d largely self-taught in jazz into his college years. After earning a bachelor's in astrophysics from the University of Edinburgh, Scotland, where he also played extensively on the jazz scene and enjoy ed a brief stint as an opera conductor, he was offered a scholarship to complete his master's in jazz at the New England Conservatory in Boston under the guidance of Danilo Prez. Graduating with honors in 2005, he moved to New York City, where he is in demand as a pianist, composer and educator.

Available at the Morris Performing Arts Center at 1-574-235-9190 or online at morriscenter.org,

Percentage of proceeds to benefit the restoration of the fountain.