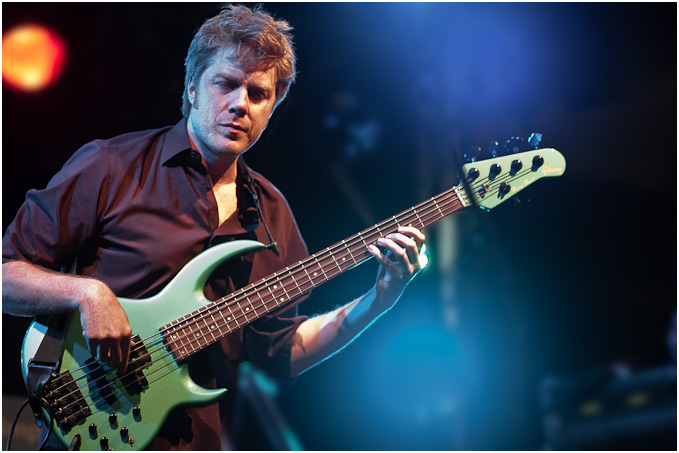 slideshow
I'm no movie buff but I still vividly recall the Charlie Parker biopic Bird, with the central character portrayed so convincingly by actor Forest Whitaker and the film well directed by Clint Eastwood. It was one of Eastwood's earliest forays into directing if I recall correctly and one thing about the flick that I felt certain of was that he chose this project because he has a deep love for jazz and rightly thought Parker's triumphant but ultimately tragic story needed to get out (much as Steely Dan tried to do but in the guise of a sub-three minute song). At the time the movie was in theaters (1988) Eastwood's son Kyle was 20 and what I or many others didn't know at the time was that Clint's love of jazz was passed along to Kyle, who eventually chose a career as a jazz musician, specifically, a bassist. It would be another ten years before his first album From There to Here appeared after years of session and sideman work, and following a seven year lull, finally began making solo records and some movie soundtracks with more regularity.

As a bassist, both acoustic and electric, Eastwood is a bonafide musician. Dexterous and very mindful of the melody, it's not hard to find why he's long been demand as a sideman. His albums have generally reflected his wide ranging interest in jazz, from big band/traditional to acid jazz, and his records have often featured guest vocalists. Consequently, his albums paint of portrait of a man with a deep knowledge of jazz but unable or unwilling to distill it into a coherent, consistent style of his own. You can always find some strong tracks on any of his records, but as a whole, these records failed to leave a lasting impact. Songs From the Chateau on the other hand has no such issue.

Songs is, like Eastwood's last three albums, contemporary jazz but this time it's not smooth jazz or hip-hop jazz or funk jazz. It's modern jazz with a present-day sensibility. Sticking with a small, working ensemble throughout and dispensing with any vocals, the album hangs together well. The secret lies largely in the supporting musicians: the songs were mostly conceived and hashed out as Eastwood toured with his band in the spring and summer of last year, lending to a real tightness and coherency missing from those prior efforts. That was by design. Says Eastwood, “Some of my favorite albums in jazz were made by musicians who stayed together and developed this kind of group feeling and that is something that has always been important to me." His two-man horn section of Graeme Flowers and saxophonist Graeme Blevins are carried over from 2009's Metropolitan, as drummer Martyn Kaine and pianist Andrew McCormack rounds out the quintet.

With most of the tunes written and developed in collaboration with the band, Eastwood brought his group into the Couronneau in Ligueux, a 15th century chateau in the French Bordeaux country. No guest musicians or pop covers this time, just the band and their songs.

The songs all groove, something Eastwood can always be counted on in his music, but this time, the grooves are organic, more varied and more complex. From the thunderous “Marciac" to the nocturnal vibe of “Moon Over Couronneau" all the way to the Blue Note funk of “Down At Ronnie's," the album presents a set of varied but connected ideas. Bright spots include the leadoff cut “Marciac," a portrayal of a band firing on all cylinders (Eastwood doesn't solo here but his support during Blevins' and Flowers' solos still stand out), and “Soul Captain" with its shuffling rhythmic subtleties and a some nice piano expressions by McCormack and soprano sax articulations by Blevins. I also like how Eastwood unites with McCormack to create the solid harmonic lines in “Cafe Calypso."

“Andalucia" (live video above) might be the artistic peak of the album; constructed around Eastwood's repeating figure, and has a main melodic line with an Old World flavor to it. Flowers' fully throated trumpet solo adds a dash of drama prior to the song settling down to Eastwood's acoustic bass statements that never lose hold of either the melody or the groove. The leader also thrives soloing on an electric bass guitar, as he does on the fast-paced, percolating “Over The Line": smooth, expressive but never over the top.

To be released tomorrow on Mack Avenue's Rendezvous Records and licensed from the British jazz label Candid Records, Songs From the Chateau is the new high water mark for Kyle Eastwood.