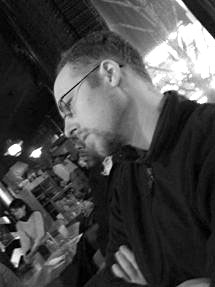 slideshow
Although George Colligan is a wildly in-demand musician whose piano, organ and Fender Rhodes have graced the recordings and performances of clarinetist Don Byron, bassist Buster Williams, vocalist Cassandra Wilson, and many other artists, he's also managed to produce a pretty sizable discography as a band leader. While his chops and imagination--coupled with a consistent clarity of thought and touch--make his playing a consistent pleasure to the jazz listener, he's just as good a composer, having written for Chamber Music America as well as for his own bands. There's no one doing better work today in the piano trio format (as evidenced by his great 2005 CD on the Criss Cross label, Past-Present-Future, on which he atypically concentrates on the compositions of others), yet his organ-guitar trio/combo Mad Science (whose most recent album is Realization on the Sirocco imprint and also from 2005) just as capably explores the possibilities of electric groove.

Check out George Colligan: Variety, Presentation and Doing It Because It's Fun at AAJ today!