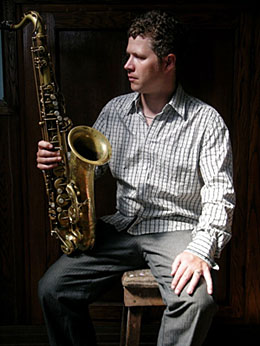 Joel Miller was born in Sackville, New Brunswick and picked up the saxophone at age 10. He moved to Montreal in 1988, graduating from McGill University's jazz program. He later studied with Dewey Redman, Kenny Wheeler, Chucho Valds and Pat Labarbera. His first album, 1996's Find a Way (Page Music), prompted Globe and Mail critic Mark Miller to write: “His solos are supremely melodic- think of Stan Getz, or of John Coltrane at his most wistful... a terrific debut CD." He won the Grand Jazz Award at the 1997 Montreal International Jazz Festival. Miller's discography includes Playgrounds (1998, Justin-Time Records), ... and then everything started to look different ... (2000, Effendi).

Along with winning the Opus award in 2005, Millers fourth album Mandala made the All About Jazz Publisher picks and was chosen by La Presse critic Alain Brunet as one of the top five jazz albums of the year. He was also nominated for the ADISQ Awards (jazz album of the year), National Jazz Awards (best acoustic group) and the Canadian Independent Music Awards (Jazz Group of the Year).