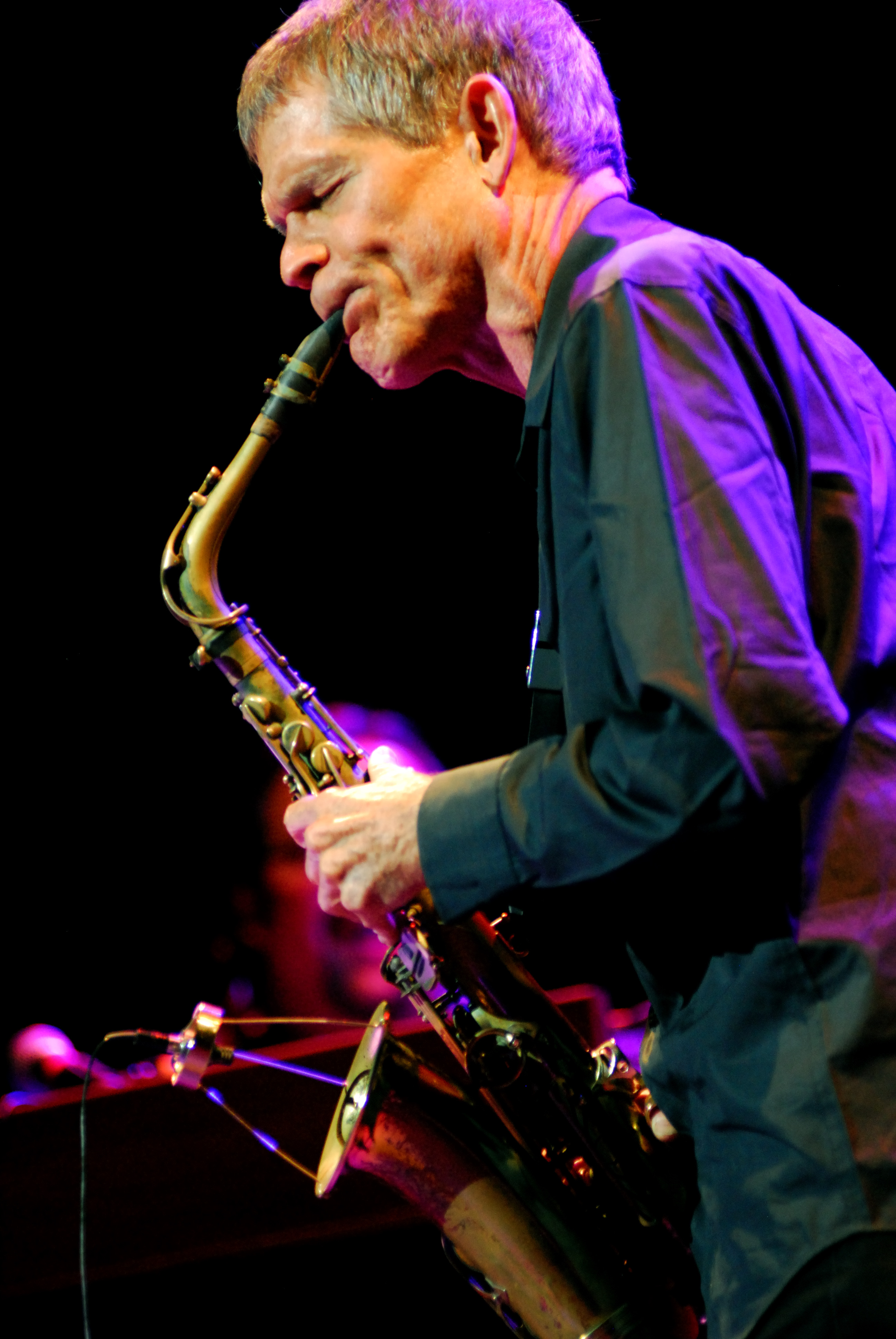 slideshow
There's lots of jazz and creative music happening in St. Louis over the next week, including the return of a hometown hero, the local debut of a much-talked-about drummer and composer, and the first chance for audiences here to check out a critically acclaimed collaboration between two well-known jazz headliners.

Saxophonist David Sanborn—who, as longtime StLJN readers no doubt know, grew up right here in Kirkwood—returns to St. Louis to begin a four-night engagement continuing through Saturday at Jazz at the Bistro.

Last time Sanborn was at the Bistro in October 2014, he employed an all-St. Louis rhythm section and drew mostly on material from his back catalog rather than from his most recent album at the time, which was Quartette Humaine, a 2013 reunion with keyboardist Bob James. You can read StLJN's review of one of his shows from 2014 here.

This time, Sanborn comes to town just over a year since the release of Time And The River, his 2015 album produced by Marcus Miller, and he'll apparently be bringing his road band featuring longtime keyboardist Ricky Petersen. But no matter who Sanborn is playing with or what material they're playing, he's sure to attract a crowd, so advance reservations are highly recommended.

Friday, April 15 The Midwest Jazz-tette brings the cool sound of West Coast jazz to Evangeline's; singer Joe Mancuso and guitarist Dave Black perform at Chaser's Lounge in the Chase Park Plaza Hotel; singer Erika Johnson and guitarist Tom Byrne will be back at Montrey's Cigar Lounge; and the Gateway City Big Band plays for dancers at the Casa Loma Ballroom.

The 35-year-old native of New Jersey has generated buzz in the jazz and new music worlds for both his writing and his playing in settings ranging from free improvisation to fully notated compositions. You can find out more about Sorey and see videos of him in this post from a couple of weeks ago.

The Stan Kenton Legacy Orchestra, led by trumpeter Mike Vax and featuring music from Kenton's catalog of challenging, sometimes controversial arrangements, will perform at Fort Zumwalt North High School in St. Charles, and the SIUE Concert and Alumni Jazz Bands will take the stage at Jazz at the Bistro.

The Bad Plus and saxophonist Joshua Redman will perform for the first of two nights at Jazz at the Bistro.

TBP already has been to St. Louis once this year, playing their annual gig in January at the Bistro, but this will be the first time that local listeners have had a chance to catch one of their collaborative shows with Redman, who is, of course, a headliner in his own right.

Redman and TBP first played together back in 2011, did some shows as schedules permitted over the next several years, and in 2015 released an album titled simply The Bad Plus Joshua Redman, which NPR called “a series of knotty, deeply challenging compositions that explore (and usually exhaust) groove frontiers far from the spang-a-lang swing and the businessman's bounce."

While that may sound a bit daunting to casual fans, given the star power of the participants, plus pent-up demand resulting from several years of interest in this particular project, these performances should draw big crowds even in the middle of the week, so plan accordingly.