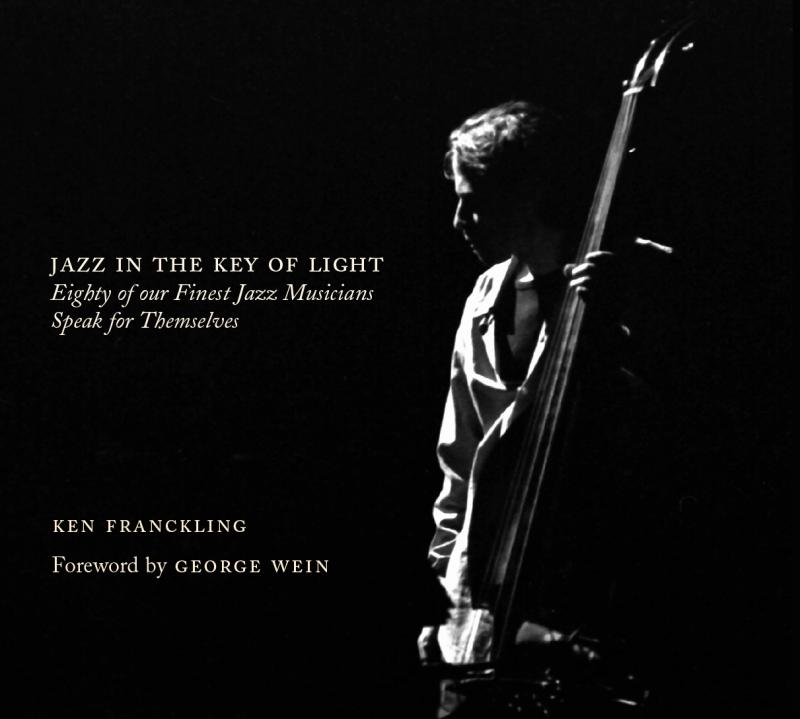 slideshow
Veteran jazz writer and photographer Ken Franckling has published a new book, Jazz in the Key of Light (Eighty of our Finest Jazz Musicians Speak for Themselves). It illuminates more than 80 musicians through a different format than the traditional fine art photography book.

Images of its featured jazz artists, in performance or moments of personal reflection, are paired with essential quotes from interviews Franckling had with those musicians for a variety of mainstream and music publications over the past 30 years. The book’s artful format enables readers to pause and reflect, if they wish, as the players’ share insights into their musical roots, creative processes, personal inspirations, values, and, in a few cases, offer some anecdotal humor.

Several of the photographs are historical captures. One of them is saxophonist and composer Benny Carter at a master class with student musicians at Harvard in April 1988, as he listens to freshman Joshua Redman play a solo). Another is of the legendary Basie band drummer Jo Jones at his last gig, which was held quite ironically at the Last Call Saloon in Providence, RI in November 1984. Jones died in September 1985.

In writing about Franckling’s new book, poet, songwriter, and jazz & blues cornetist Al Basile said: “Ken has leveraged his backstage pass to bring jazz fans closer to the music’s human source. Jazz In The Key of Light's connection of words and images is a powerful complement to the music.”

Franckling is a veteran arts writer and freelance photographer who has specialized in jazz journalism and music photography for more than 30 years. He began carrying his cameras to clubs, concerts and festivals across the U.S. in 1983, after realizing that some musical moments were better captured by film than words.

He was United Press International’s jazz columnist for 19 years, and has been a contributing writer and/or photographer for allaboutjazz.com, Jazz Times, Hot House, the Providence Journal, Boston Globe and many other publications. Franckling is a winner of the ASCAP Deems Taylor Award for excellence in music journalism. In June 2003, he won the Jazz Journalists Association’s Lona Foote-Bob Parent Award as Jazz Photographer of the Year.

Based in Southern New England for most of his career, he now resides in southwest Florida. He continues to cover the Newport Jazz Festival for various publications. Excepting 1983 when he was en route to a National Endowment for the Humanities journalism fellowship at the University of Michigan, he has covered the storied festival every year from its return to Newport in 1981 through 2014.

Jazz in the Key of Light, a 160 pp. work published in hardcover format with dust jacket, retails at $59.95 plus shipping. It is available through Amazon.com.