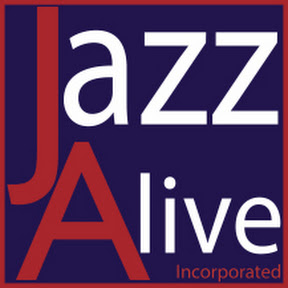 slideshow
After a successful Session #1 which included bassists Paul Langosch, Michael Bowie, Herman Burney, and Tommy Cecil, Jazz Alive is pleased to announce the lineup for the next session of Jazz Tales. “We are excited to present each of these artist’s unique stories and tales from their years in the business,” said Fred Hughes, Founder and President of Jazz Alive.

August 26th brings Leigh Pilzer, a Washington DC-based saxophonist and arranger. She has led her combo at many of DC’s top jazz venues and has toured both nationally and internationally as a member of the Smithsonian Jazz Masterworks Orchestra and The DIVA Jazz Orchestra.

September 2nd Jazz Tales welcomes the amazing trombonist Jim McFalls. After his seventeen-year worldwide touring and recording stint with the Jazz Ambassadors, Jim retired from the military to find a variety of projects awaiting him including Chuck Brown, the Baltimore Symphony Pops Orchestra, and recording credits that include more than 50 projects as a featured soloist as well as numerous national television spots.

Jazz Tales continues with vocalist Alison Crockett on September 9th. She is perhaps the quintessential nu jazz/progressive soul singer of her generation. She can be heard on seminal recordings by King Britt, Blue Six, Us3, Landslide, and John Wicks. Alison’s voice has provided the velvety, sensual sound of tomorrow’s yesterday’s… a captivating tone which evokes both the music of the past and that yet to come.

We round out session #2 of Jazz Tales with the incomparable saxophonist Paul Carr on August 16th. A Houston native and 1985 Howard University graduate, Paul has dedicated his professional career to performing and promoting Jazz through education and community outreach. He carries on the Texas tenor tradition espoused by great heroes such as the late Houstonians Arnett Cobb and Don Wilkerson who served as his early idols and mentors. His new CD The Real Jazz Whisperer features Allyn Johnson, Michael Bowie, Lewis Nash and will be released September, 2020.