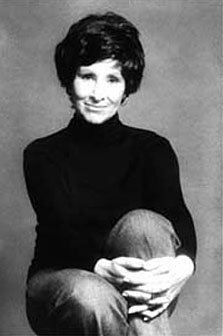 I first was introduced to Irene Kral's voice at a friend's house in the mid-1970s. After high school each day, my friend and I used to spend a few hours listening to his father's record collection from the 1950s. Among the many LPs was a copy of Maynard Ferguson's Boy With Lots of Brass (1957). My friend also had quite a stereo system&#151a Macintosh receiver, a Dual turntable and a pair of chest-high Altec “Voice of the Theatre" speakers. Everything sounded great on there, especially brassy big-band recordings.

The track we loved more than any other was Moonlight in Vermont, featuring Irene Kral on the vocal. According to the album's liner notes, this was Kral's first recording session, and she had aced the song on the first take. My friend and I loved Kral's warm vocal backed by Ferguson's supersonic high notes on the ballad. This version remains for me the definitive Moonlight in Vermont.

A few years later, while running through LPs at Harvard Square's Coop in Cambridge, Mass., I came across an album by Kral accompanied only by pianist Alan Broadbent. The album was Where Is Love? (1974). At first glance, it seemed to be the polar opposite of Boy With Lots of Brass. Here was Kral, the big band singer, with just a piano behind her. Pretty gutsy, I thought. So I bought the LP.

What I found remarkable about this Kral album was how maternal she sounded on her own. There was a hearth-like toastiness about her voice, a simplicity to her phrasing that wasn't too heavy but self-assured and sincere. And her song choices fit her voice perfectly. As for Broadbent, his intensity and wide chord voicings romantically framed Kral's intonation and filled in the spaces gracefully without crowding her.

So when Gentle Rain came out in 1977, also featuring Broadbent, I grabbed it. In the years that followed, I hoped that more Kral-Broadbent collaborations would be issued. This of course, grew increasingly unlikely, since Kral had died in 1978 at age 46 of breast cancer. The scarcity of material only added to the sensitivity and importance of her recordings.