In Honor Of The Buddy Rich Centennial Celebration Two Digital Albums, A Vinyl Album, And Two Digital Concert Films To Be Released

The sound recordings from these concerts have never before been available as audio albums or as digital films for rental, sale, or streaming. 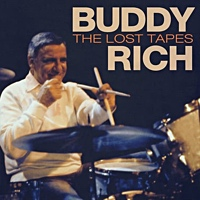 slideshow
Lightyear Entertainment and Lobitos Creek Ranch, in association with Scabeba Entertainment and the Buddy Rich Estate, have announced the release of two new live albums featuring Buddy Rich and his Big Band, both recorded in 1985 on two nights at the King Street Studios in San Francisco. The digital albums are being released on September 15, 2017, as part of the Buddy Rich Centennial Celebration. Buddy was born on September 30, 1917.

The albums are the soundtracks from two concert films, The Channel One Suite and