If you want to play jazz, you have to be able to get the articulation of Charlie Parker, to make the instrument sound like a trumpet or saxophone. With a lot of flute players, I don't hear those articulations. 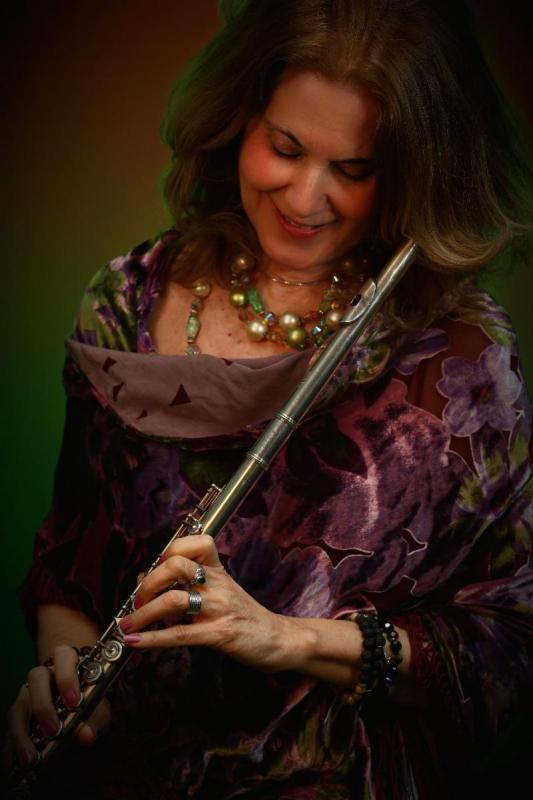 slideshow
Flutist/composer Andrea Brachfeld will perform a CD release show for her new Jazzheads recording, If Not Now, When?, at the Triad Theater on Manhattan’s Upper West Side on Monday, June 18 at 9:30pm.

The “incredible clarity of purpose” Brachfeld gained after spending 2016 in deep introspection about her life and music generated the nine original compositions on her exhilarating new album. The quartet outing, featuring the dynamic rhythm section of pianist, arranger, co-composer, and co-producer Bill O'Connell, a longtime collaborator, as well as bassist Harvie S and drummer Jason Tiemann, is an uncompromising manifestation of music Brachfeld recalls came to her on a cold day in January 2017.

“It seems that music always chooses me, and I very politely acquiesce to its energy. This has been my journey throughout my life and If Not Now, When? is no exception,” she explains. “Of all my projects, this recording is the closest yet to my heart. Every note felt good in my body.”

Brachfeld’s flute playing has what the late New York Times critic John S. Wilson described as a “vigorously dark, gutty quality.” It’s no wonder the first jazz flutist to turn her head was free jazz pioneer Eric Dolphy. In her music, that energy she described can pour out to bruising effect. “If you want to play jazz, you have to be able to get the articulation of Charlie Parker, to make the instrument sound like a trumpet or saxophone,” says Brachfeld. “With a lot of flute players, I don’t hear those articulations.”

Early reviews of If Not Now, When?

“This band finds a way to leverage different strengths on each track, but it also taps into a universal mentality across the entire date. There’s an incredibly pliant simpatico driving this music ever higher and deeper. If Not Now, When? Is a beautiful example of four beings in tune with one another and fully aware of their own resources and recesses.” —Dan Bilawsky, All About Jazz

“All of the music actually announces Miss Brachfeld’s genius in a quiet yet uncompromising manner... And all of these pieces on this striking recording show the flutist to be firing on all cylinders as she goes out of her way to emphasize the freshness and cheekiness of her voice. Andrea Brachfeld truly is one of the most important voices in the history of the contemporary flute.” —Raul da Gama, Latin Jazz Net

“Brachfeld’s playing has a muscular flair and bite. She’s not here merely to make ‘pretty’ flute music; she’s here to dig deep... For Brachfeld, a beautiful timbre is not enough; a pleasant tone must be in service to an engaging instrumental narrative... The band also includes Brachfeld’s longtime collaborator Bill O’Connell (piano), who augments the leader’s elegant sense of drama, merging thrilling escapades with carefully placed respites... This band’s balance of taut cohesion and adventurous improvisation is mighty impressive.” —Bobby Reed, Down Beat (Editor’s Pick)

“With this rewarding release, Andrea Brachfeld has made a strong statement as a flutist, bandleader, collaborator and composer, so she is destined to gain greater attention in the near future.” —Ken Dryden, NYC Jazz Record