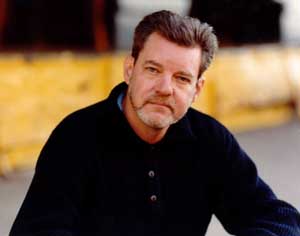 On Friday, March 23rd, New Haven's Firehouse 12 will present the Frank Kimbrough Trio as part of the venue's ongoing 2007 Spring Jazz Series. Known as “a thoughtful and harmonically literate pianist, with equal taste for melody and abstraction" (Nate Chinen, The New York Times), Kimbrough has toured around the world with his trio and recorded four CDs, including 2006's Play (Palmetto Records), which was named to a variety of best-of-the-year lists. This incarnation of the group features bassist John Hebert and drummer Matt Wilson.

“A founding member of the Jazz Composers Collective and a first-call session pianist, Frank Kimbrough's musical output as a leader is widely recognized for its persuasiveness," writes AllAboutJazz.com's Glenn Astarita. “Kimbrough's work as a jazz artist pays homage to the fact that eminent craftsmanship stands on its own. JazzTimes reviewer Duck Baker adds, “Hearing him in the trio context affords further evidence of his considerable abilities."

An active member of the New York jazz scene for the past 25 years, Kimbrough is a co- founder of the internationally renowned Jazz Composer Collective, and the pianist in related groups such as Ben Allison's Medicine Wheel, Ted Nash's Still Evolved Quintet, the Ron Horton Quartet, and Michael Blake's Elevated Quartet. He is also a longtime member of the Grammy-winning Maria Schneider Orchestra. His discography of over 55 recordings includes 15 as a leader or co-leader with groups such as the Herbie Nichols Project and his duo with vibraphone/marimba player Joe Locke.

Firehouse 12 is an award-winning bar, state of the art recording studio and unusually intimate music venue located in New Haven's historic Ninth Square District. Its distinctive 75-seat performance space, located inside the recording studio, offers world-class acoustics and unprecedented technical possibilities to both listeners and performers. Many of the most respected names in jazz and creative improvised music have performed at Firehouse 12 since it opened its doors in April 2005.

The Arts Council of Greater New Haven recognized owner/producer/recording engineer Nick Lloyd with a 2006 Arts Award for his “visionary restoration" of this landmark firehouse building, which also earned the architects, Gray Organschi Architecture, a 2006 Design Award in the preservation category from Connecticut's chapter of the American Institute of Architects (AIA).

In 2007, Firehouse 12 founded its own label, Firehouse 12 Records, with the intention of releasing a mix of physical and digital-only recordings, including music recorded live during recent performances. Its first new releases, the Anthony Braxton 12+1tet's 9 Compositions (Iridium) 2006 and the Taylor Ho Bynum Sextet's The Middle Picture will be released April 3rd.