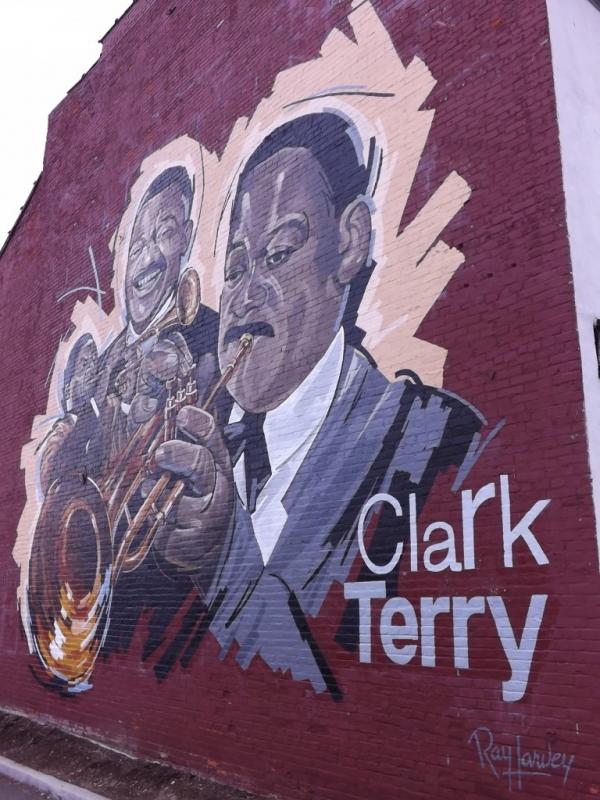 slideshow
A mural of the late trumpeter and St. Louis native Clark Terry on a building in St. Louis' Carondelet neighborhood will be dedicated in an official ceremony to be held at 4:00 p.m. Saturday, April 2 at 7714 South Broadway.

That's the address of the mural, which was commissioned from St. Louis artist Ray Harvey by the Carondelet Community Betterment Association and completed last fall. Harvey will be present at the dedication ceremony, which also will feature music from the Champian Fulton Quartet.

Fulton is a singer and pianist, originally from Oklahoma and now living in NYC, who counts Terry as a close family friend. She first met him as a young child in the 1980s through her dad, trumpeter Stephen Fulton, who was a friend and student of Terry's, and the relationship between both Fultons and Terry continued right up until the latter's death in February 2015.

Champian Fulton currently is touring in support of her latest album After Dark, which was released last month, and fittingly, since her band for the tour also includes her dad, he'll be on hand for the mural dedication ceremony, too. Admission to the event is free and open to the public.