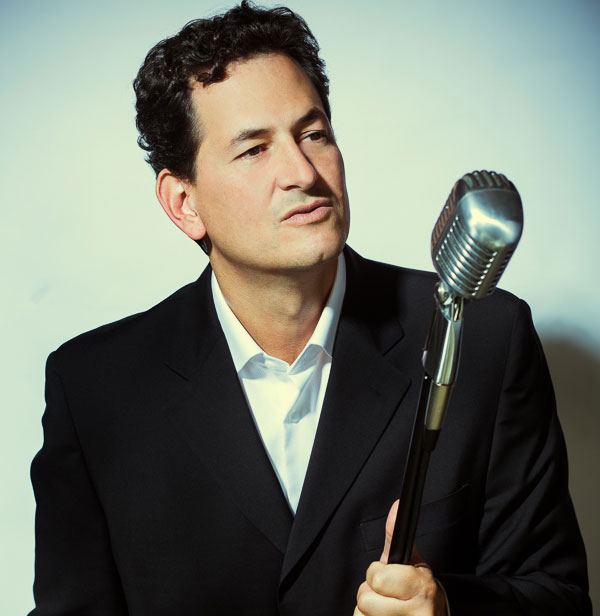 slideshow
Vocalist Danny Freyer performs on May 15th at Upstairs at Vitellos in Studio City, CA, where fans of jazz vocals have the chance to discover this new voice as he celebrates his debut jazz album, Must Be Love.

“Jazz Singer Danny Freyer is a new voice that must be heard." —Willard Manus.

Described as having a classic, yet contemporary sound, vocalist and songwriter Danny Freyer has a swinging time with such standards as “That Old Black Magic,” “Begin the Beguine” and ”Stardust,” as well as putting his own lyrics to legendary saxophonist, Charlie Parker's solo on the classic composition, “Yardbird Suite.” Freyer, a rich- timbered baritone brings his original style to song interpretations, and also reveals his songwriting talents with title track “Must Be Love, or Else I’m Drunk,” and the upbeat “Tanked as a Fish, Buzzed Bombed and Blitzed.”

“Freyer shows off his vocal chops to good effect on all ten cuts, impressing with his warmth, sincerity, and musicality,” says jazz critic Willard Manus.

From its bouncy Jazz standards to the New Orleans Dixieland-infused “Lean Baby,” to the extended tear-jerker, “Promise Me You’ll Remember” (The Godfather III Love Theme), with its lush string arrangement and captivating sax solo to complement the singer’s intimate expression, “Must Be Love” takes listeners on a colorful musical journey.

“Dean Martin looks and a Sinatra voice,” is a frequent refrain from listeners at his live ensemble and big band swing performances. On this album, Freyer is backed up by such stalwart musicians as Jeff Ellwood on saxophone, pianist Matt Politano, bassist Roger Shew, trumpeter Tony Guerrero, with background vocals by Dannielle DeAndrea as well as the album's producer, Evan Stone, on drums.

The Party is sure to swing and entertain. For tickets, starting at $15, including student discounts and more information, click the Purchase linke below, or visit: vitellosjazz.com