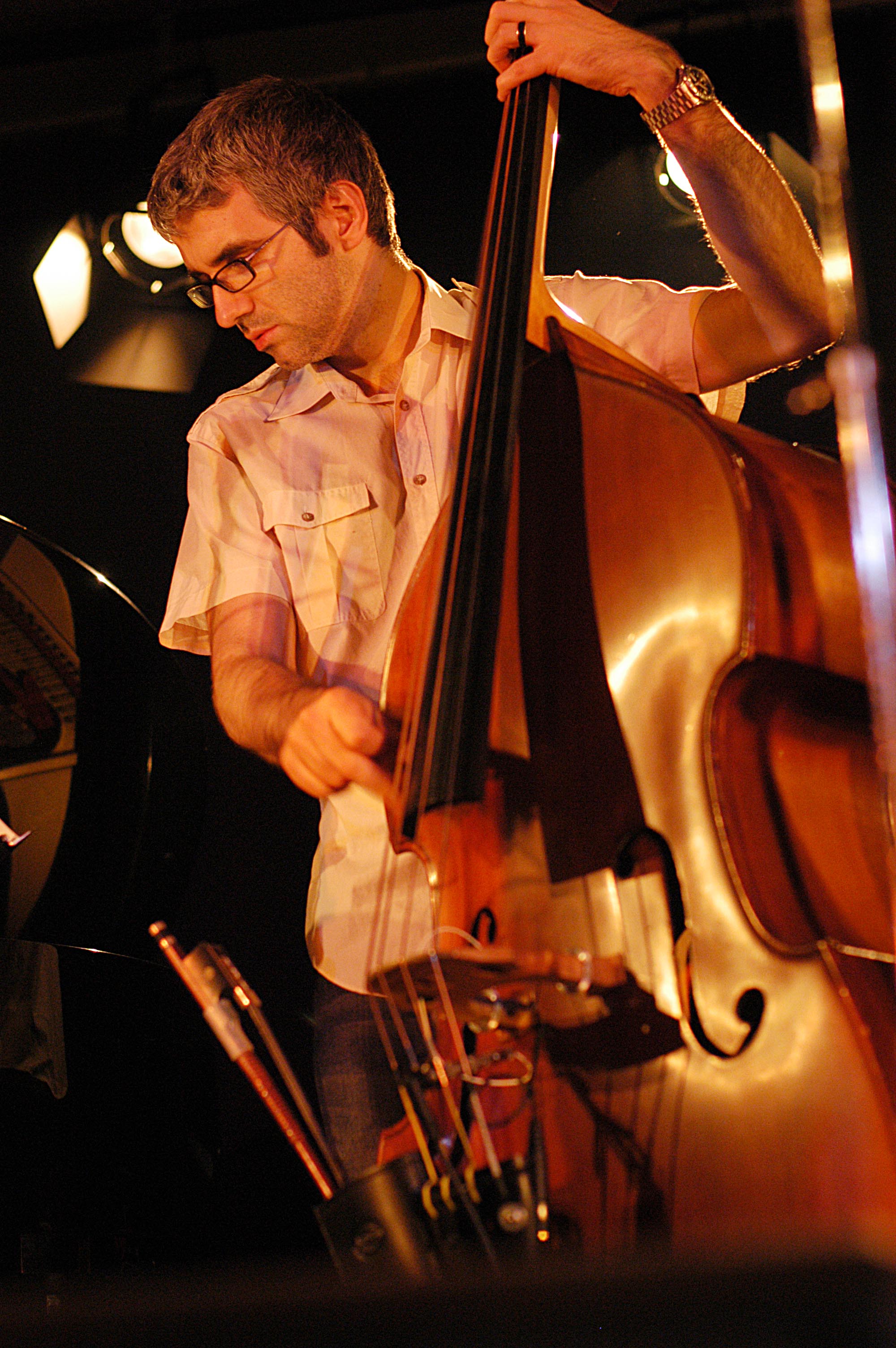 POETICA is the new work by Barcelona-born and Brooklyn-based jazz composer and bassist Alexis Cuadrado, in collaboration with poets Rowan Ricardo Philips and Melcion Mateu. With POETICA Cuadrado continues to explore the relationship between Iberian and New York culture, following his critically acclaimed works, Noneto Ibérico and A Lorca Soundscape.

POETICA is a multi-lingual and multi-disciplinary live presentation in which Cuadrado's compositions are intertwined with live poetry reading by its authors. Here, the audience is taken through different sonic spaces, composed or freely improvised, built around the poems. The voices of Melcion Mateu and Rowan Ricardo Philips, the de-facto front line of this jazz sextet, create a moving performance that translates the sincere emotion of their poetry into a unique experience for the listener.

While Cuadrado's music work embodies the confluence of Jazz, Flamenco and New Music, Philips and Mateu are two of the most critically acclaimed contemporary poets who create vivid images and rhythms with a fully present, personal voice, and lightning-bolt expression.

Alexis Cuadrado is a Barcelona-born and Brooklyn-based composer, bassist and educator. His most recent critically acclaimed works A Lorca Soundscape, Noneto Ibérico and Jazz Miniatures for Double Quartet explore the confluence of Spanish and American music and present a unique voice that draws from the crossover of jazz, flamenco and new music. NPR Music states “Listen to Cuadrado's compositions and you'll find every reason to take him seriously."

Rowan Ricardo Phillips is a poet, literary and art critic, and translator. He is the author of The Ground: poems, (Farrar Straus & Giroux, 2012) and is the recipient of a 2013 Whiting Writers' Award, the 2013 PEN/Joyce Osterweil Award and the 2013 Great Lakes Colleges Association New Writers Award for Poetry. Dalkey Archive published a book of his criticism in 2010, When Blackness Rhymes with Blackness and he has translated extensively from Catalan.

Melcion Mateu is the author of three poetry books in Catalan: Vida evident (Octavio Paz Award 1998); Ningú, petit (2002), inspired by Winsor McCay's classic comic strips, Little Nemo in Slumberland; and Jardí amb cangurs (2005). An anthology of his poetry in a bilingual edition, Catalan-Spanish, is forthcoming this year, Habitaciones y canguros (translated by José Luis Rey). Mateu has translated works by Siri Hustvedt, Michael Ondaatje, and John Ashbery, among others, and written articles for newspapers such as El País, La Vanguardia, and Avui.

In collaboration with the Institut Ramon Llull for Catalan Language and Culture.