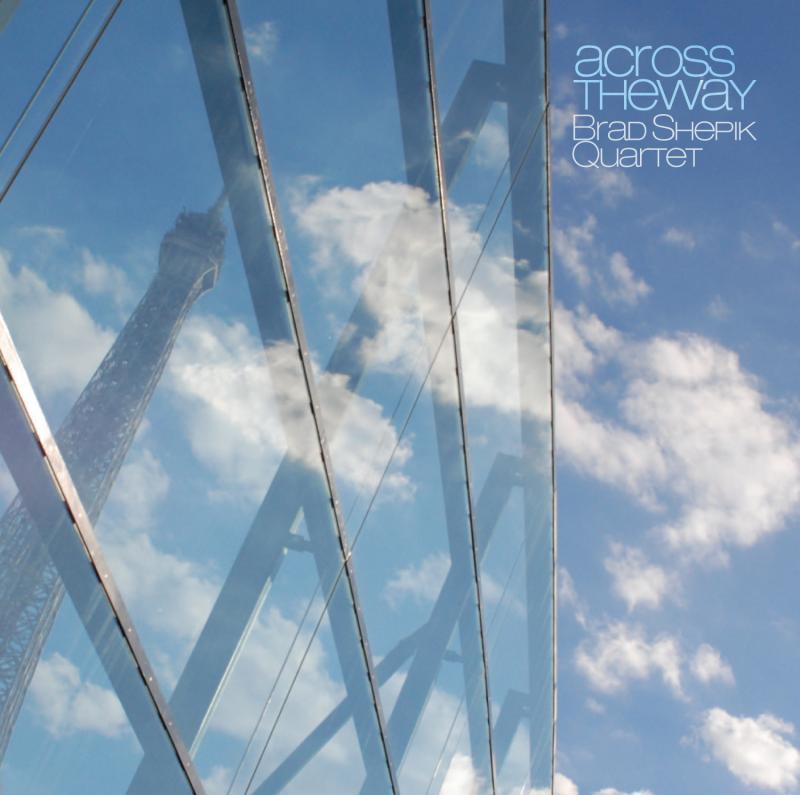 Guitarist Brad Shepik, whose 2009 Songlines release, Human Activity Suite, was lauded as “absorbingly eclectic" by the New York Times, and ..."as beautiful and architecturally impressive as the continental movements..." by Jazz Times, will celebrate the release of a new CD, Across the Way, with a show at the 55 Bar on February 9.

Across the Way is the guitarist's sixth release for Songlines and, for the first time, features Shepik performing with a quartet after having led, or co-led, several trios. Joining him on Across the Way, and at the CD's release show at the 55 Bar, are vibes player Tom Beckham, drummer Mark Giuliana, and bassist Jorge Roeder

This new quartet embodies a fresh approach to the jazz mainstream, one that can incorporate, for example, West African, rock/funk, and folk/minimalist feels. Shepik says that the quartet format offers “room to stretch out as a soloist and also sonically within the sounds of each instrument...The music I've been writing lately is less specialized than things I composed for groups like BABKAS and Pachora. We're improvising just as freely in this group but with different materials and maybe in a more subtle way."

Since arriving in New York in 1990, Shepik has been involved several bands including Dave Douglas' Tiny Bell Trio, Matt Darriau's Paradox Trio, Pachora with Chris Speed, Jim Black and Skuli Sverrisson, and BABKAS. He has also performed with Carla Bley's Escalator Over the Hill, Charlie Haden's Liberation Orchestra and toured and recorded with Paul Motian's Electric Bebop Band for 5 years. Concurrently, the guitarist extended his interest in world music idioms by performing and recording in such groups as Yuri Yunakov's Bulgarian Wedding Band and Simon Shaheen's Quantara. Shepik's first two records as a leader, The Loan and The Well, were praised for their marriage of world music styles and jazz.

Shepik's next project was an organ trio with Gary Versace and drummer Tom Rainey. The band performed at prestigious festivals across Europe and North America including the North Sea Jazz Festival. Their release Places You Go received a 4 star review in Downbeat and appeared on several “Best CD's of 2007" lists.