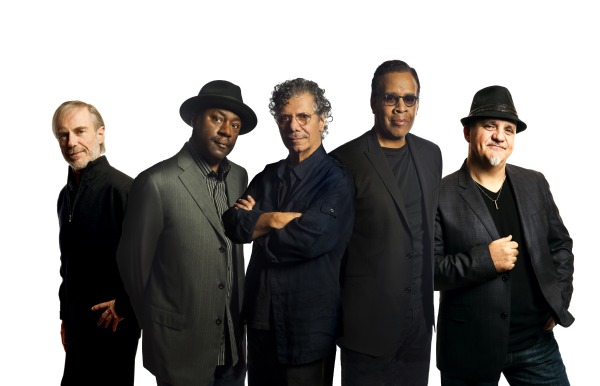 Inspired by what his friend and fellow Miles Davis alumnus John McLaughlin was doing with Mahavishnu Orchestra, Corea originally brought Connors extraordinarily expressive electric guitar skills into the band in 1973 so that Return To Forever could musically “make your hair move." As, indeed, they did. A long-time fan favorite among early jazz-rock fusion fans, Connors will join his former band mates when they open their tour at the storied Highland Ave. arena in Los Angeles.

At least for one night. When pressed for details of whether Connors would join the band for the tour that now includes European dates, a band spokesman said it isn't known yet--implying, of course, that if everything clicked, it might just happen.

It might also not happen. For one thing, its been 35 years since these four last played together in that first history-making electric incarnation of Return To Forever. For another, Connors has made a career out of never making a predictable career move, beginning with leaving Return To Forever just as their stars were rising. They had recently recorded what many consider their finest electric album, Hymn of the Seventh Galaxy (Polydor, 1973) and were engaged in a successful worldwide tour when he announced he was going to depart. He may well have harbored disagreements with the direction the band was taking, but his immediate immersion in an intensive study of classical guitar was far and away his aim and the most significant clue to his conduct over the next decade, as he literally re-trained himself to use all his fingers in ways utterly alien to the picking methods used with an electric guitar. Other guitarists like McLaughlin, Paco de Lucia and Al Di Meola have advanced their technique and stretched and extended their stylistic boundaries over the years, but Bill Connors has stood alone in his tireless pursuit of greater and greater technical skill. Over the course of his career his constant determination has taken him through realms most guitarists never imagine. Celebrity and its accompanying paycheck have not so much eluded him as they have been ignored by him; artistic growth has been his raison d' etre.

So this is good news, very good news.

If you live in the Los Angeles area, treat yourself and see Bill Connors perform with Corea, Clarke and White on September 2nd. It may well be your only chance to see this most lyrical and soulful guitarist play once again with these fine musicians. No matter what actually happens after September 2nd, this special night at the Hollywood Bowl, reuniting the legendary quartet and featuring the additional textures provided by Ponty and Khan, will certainly be a once-in-a-lifetime experience. Get your tickets soon.

If you don't live in or near Los Angeles, note that a grass-roots campaign to include Connors on more of the scheduled tour dates has already begun...