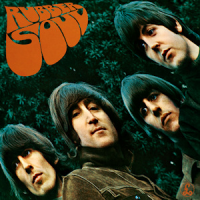 slideshow
The Beatles' Rubber Soul turns 50 this Sunday—the American version, that is. The British version of the album came out out three days earlier in 1965. As I write in my Wall Street Journal essay (go here), the two versions were a bit different in tracks and tone. For one, the U.K version held 14 songs while the American album featured 12. More important, the American LP dropped two songs from the British version and replaced two others for what I argue is a much more cohesive artistic statement.

These weren't random moves. The strategic changes to the American album vastly improved the release and it was the version that millions of teens heard in the U.S. and that influenced Brian Wilson, Bob Dylan, Stevie Wonder and dozens of other artists here, altering the direction of rock. You'll find the details of the album changes and why they were ingenious in my essay.

Who was the person behind the American Rubber Soul? Dave Dexter Jr. (above), who for years has been vilified by jazz and rock fans for being out of step with music trends. Whatever his limitations, Dexter transformed the U.K. version of Rubber Soul, which was a bit of a mess, into a cohesive acoustic folk-rock concept with a cohesive woody narrative. Personally, I can't even listen to Drive My Car and Nowhere Man on Rubber Soul. Not because I'm stuck on the U.S. version's programming but because those songs and the other dropped didn't belong there.

In essence, I view what Dexter did as a masterful edit—like moving paragraphs around in a great book or article and dropping a few to create an even stronger read. It's the same thing with the U.S. version of Rubber Soul. With Dexter's changes, Rubber Soul became a gorgeous story instead a series of songs.

Here's Run for Your Life...