New to Another Timbre

By John Eyles
January 18, 2022
Sign in to view read count
Any music fan casually scanning the credits of Another Timbre's catalogue of releases (which is rapidly nearing the two hundred mark) could not fail to be impressed by such established names as John Cage, Morton Feldman, Antoine Beuger and Jürg Frey. Just as impressive are those who have increased in popularity as a result of their releases on the label, such as Linda Catlin Smith and Magnus Granberg. Scattered in among those two categories are lesser-known names making their debut on the label because their work suggests that they could one day be amongst those in the second category, or even the first. Georgia Rodgers and Andrew McIntosh are both new to Another Timbre... 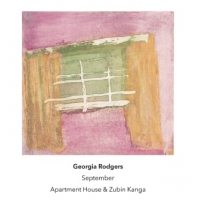 September is Georgia Rodgers' first release under her own name; her preceding album Notes from the Forest Floor / Line of Parts (SN Variations 2020) was a limited-edition clear-vinyl LP. She shared it with Chris Watson, one side each, hers being "Line of Parts" which comprised field recordings made in the Cairngorms and North London, sine waves and voice and was premiered at the 2019 Huddersfield Contemporary Music Festival.

Rather than music alone, at university Rodgers studied Physics and Music, the music part focussing on the behaviour of sound waves and sound recording. She moved on to a masters degree in digital music and then, while working part-time as an acoustic engineer, to a Ph.D. in composition which she passed at the end of 2019.

Listening to Rodgers' music, particularly in the hands of the redoubtable Apartment House, her less than conventional composer's background seems unimportant. Throughout September, which was largely recorded between August 2020 and May 2021, her music reveals that she has a good ear for melody, knows the best ways to juxtapose and combine instruments (including voice), and how to hold listeners' interest. All of these skills—and others—are exemplified in abundance on the three-part, thirteen-minute title piece.

Demonstrating that the album's success was not solely down to Apartment House, two tracks do not feature that ensemble's members. "Ringinglow" is played solo on piano and sine waves by Zubin Kanga who commissioned the piece. His performance captures its subtle interaction between the instrument and the electronics, making their combination logical, natural and highly listenable. Also played solo, "Logistic" features Rodgers herself on electronics, and probably reflects some of her sound recording experience. Radically different to the album's other tracks, it illustrates other facets of her talent. Taken as a whole, September is a coherent album which showcases Rodgers' talents and suggests we shall be hearing far more from her—on Another Timbre, hopefully. 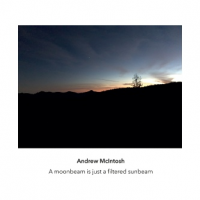 Andrew McIntosh began playing violin when he was five, later branching out to include viola and baroque violin. As a violinist he has featured on recordings as diverse as 24 Wörter {Edition Wanderweiser, 2014), on which he was part of a trio which performed Jürg Frey compositions, and Rosa Parks: Pure Love (TUM, 2019) by Wadada Leo Smith, on which he featured as a quarter of the Red Koral String Quartet. He says that improvising was part of his musical practice almost from the very beginning; he studied composition with Marc Sabat and Wolfgang von Schweinitz at CalArts (where he now teaches) and says that composing is at least as important a part of his musical life as performing.

A moonbean is just a filtered sunbeam confirms that last statement, as McIntosh is both the composer of the four-part title composition, written in 2020, and also the sole performer, playing an assortment of instruments and field recordings of wind in pine trees he made in the San Gabriel Mountains in April 2020 and the White Mountains, California, in August 2020. It is the first piece he has ever composed that has no score; during the pandemic he had time to realise a long-term dream of an album-length piece which used improvisation, electronics and samples.

Despite the piece having four parts, helpfully entitled "Beginning," "Middle," "Other Middle," and "End," the transitions between them are indistinguishable and so the piece plays continuously for its fifty-eight-minute duration. McIntosh's combination of improvisation, electronics and samples/field recordings does not sound like the hodgepodge which that list of ingredients might suggest to some. Instead, the ingredients are painstakingly blended together to create a coherent, engaging album which stands up well to repeated listening and reveals more each time.

On the evidence of these two albums, we have to hope that Another Timbre is planning further releases by first-timers to the label.

A moonbean is just a filtered sunbeam