New Memphis Colorways and Utopia: Way Outside the Box

BY DOUG COLLETTE
June 19, 2021
Sign in to view read count
Rendering cliches moot is no small achievement. Yet if these two records prove anything, it is that it's possible to accomplish this daunting task in a variety of ways. In the case of Paul Taylor, aka New Memphis Colorways, his truth lies in the restoration of the fundamental notion a single individual can indeed sound like a larger ensemble. For their part, Utopia implicitly addresses the verity that two musicians can best illustrate the essential difficulty of playing music well together. Indirectly, however, these artist's records also confront the essential challenge of how to address that paradox of complexity within simplicity, a conundrum of no small proportions inside and outside of the creative realm. If it is indeed true that art mirrors life and vice-versa—yet another hackneyed saying—then these artists are confronting philosophical issues of the highest order and making it sound like it's an unmitigated pleasure to do so. 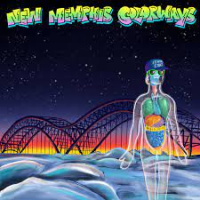 New Memphis Colorways
It Is What It Isn't
Owl Jackson Jr. Record Company
2021

Making true solo recordings was hardly a novelty even before the quarantines arising from the pandemic. Yet the dexterity and depth of feeling with which Paul Taylor imbues New Memphis Colorways would be distinctive no matter the context. It certainly helps that the sound, mastered by Justin Perkins, spans the audio spectrum and virtually leaps from the speakers/phones. But such dynamism has its source in the one-man playing of all manner of guitars, keyboards and percussion. On cuts like "Hey F****r, Don't Do That," the multi-instrumentalist exhibits the musicianly touch of restraint combined with naturally fluid thought patterns manifest in the shifting instrumental tones and textures. Therein lies a palpably human sensibility at work, captured as much in originals like "Hangover Funk" or disparate choices of cover material in the form of Hammerstein and Kern's "All The Things You Are" and the late Jaco Pastorius' "Teen Town." It Is What It Isn't constitutes a stern lesson in self-discipline leavened with the utter joy of creation. 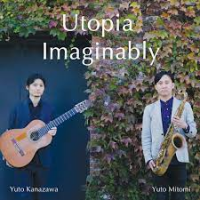 The uncanny instrumental marriage of acoustic guitar and saxophone fostered by Yuto Kanazawa and Yuto Mitomi is a gateway to the pair's individual and shared ingenuity. Crucially, the musiclover's journey is far less rife with the unknown of the novel because of the familiarity in choices of material like The Beatles' "Blackbird." Yet it matters not if the song under exploration is a well-known cover like Stevie Wonder's "Isn't She Lovely" or the somewhat knotty title tune original: the virtually non-stop flow of ideas between the two musicians, airy but substantial, t bespeaks their own (re) discovery of possibility, not just in the material, but in their own musicianship. At approximately thirty-three minutes slightly longer in duration than its companion piece, the listener's sense of time is otherwise suspended because Kanazawa and Mitomi conjure more than a little otherworldly atmosphere as they interact. Thankfully, it's all recorded with Jason Borisoff's technical skill and pure feel, a own combination of virtues comparable to the musicians.'

It Is What It Isn't

Tracks: Hangover Funk; Hey F****, Don't Do that; All the Things You Are; ffs,tmi; On The downs; Stanlee's Sonata; Teen Town