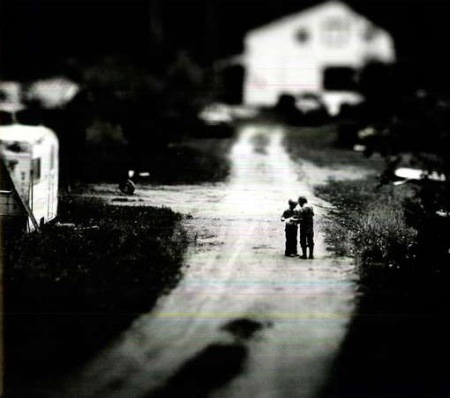 So, what do you do when you've won, amongst other accolades, the 2008 DnBNor Musicians Award and a Norwegian Grammy Award for Best Jazz Album of 2009? Well, if you're Helge Lien and the album is Hello Troll (Ozella, 2008), you just keep on keepin' on—in this fine pianist's case, continuing to hone the trio that's been his primary focus since What Are You Doing the Rest of Your Life (Curling Legs, 2001). With the unfortunate dissolution of Esbjorn Svensson, following the pianist Esbjorn Svensson's tragic death in 2008, there's a bit of a gaping hole in the realm of young European piano trios achieving greater international acclaim. Not that there aren't other fine trios out there, but few are better than Lien at balancing impressive virtuosity with inherent accessibility, and introspective lyricism with buoyant expressionism: a clear recipe for potential crossover success. Expanding on the strength of Lien's previous six-strong discography with his trio, if ever there were a breakthrough record for the pianist, Natsukashii is it.

Not that comparisons to e.s.t. hold too much value, with as many differences as there are similarities. Lien's trio is all-acoustic, and while bassist Frode Berg is as impressive as e.s.t.'s Dan Berglund, he doesn't rely on signature concepts, like the Swedish bassist's overdriven, metal-tinged arco. Instead, it's all about a warm, natural tone that's as instantly compelling at its simplest, supporting the majestically melodic title track (time so elastic as to surprise with the discovery that it isn't rubato), as it is when Berg's a featured soloist, like on "E." And when Berg picks up a bow, as he does on the paradoxically melancholy yet foreboding "Sceadu," it's a thing of soaring, natural beauty.

With all ten compositions coming from Lien's increasingly assured pen, the set covers a lot of emotional territory. Despite drummer Knut Aalefjær's light, brush-driven kit work, "Afrikapolka" dances with the joy of African Highlife, while "Hymne" is, at least initially, more melancholic in complexion. Lien starts alone, pensively building to its singable theme, but supporting himself with an ever-shifting yet economically chosen harmonic underpinning, until the rest of the trio enters with an ambling, waltz-time swing, referencing seminal influence Bill Evans with its unforced three-way interplay. Meanwhile, "E" may well refer to Svensson, its contrapuntal complexities—and Lien's overt virtuosity in one of his most outgoing solos of the set—clearly hinting at the Swede's unmistakable touchstones.

Aalefjær's more powerful stick work drives the two-minute miniature, "Umbigada," with the same kind of freethinking that Berg demonstrates at the foundation of its quirky construction, while "Small No Need" is, compositionally, much sketchier, Berg's a capella intro leading to an hypnotic, Dave Holland-like groove, as Lien constructs a solo from the ground up, secure in the knowledge that no matter where he goes, Berg and Aalefjær will be there, pushing and pulling the pliant music in new and oftentimes unexpected directions.

It's that kind of unconditional trust that gives Lien's trio its unmistakable voice, and the highly recommended Natsukashii the kind of effortless appeal that truly deserves to place it on the international map.