By Mark Sullivan
November 28, 2017
Sign in to view read count 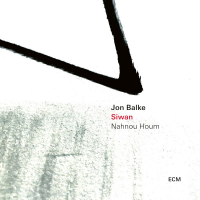 When Norwegian keyboardist/composer Jon Balke began the Siwan project in 2007 it grew out of a fascination with Andalusian culture, and an imaginary musical history. What would have happened in European and world musical development if the Inquisition had never happened? Siwan (ECM, 2009) brought together Gharnati music (represented by vocalist Amina Alaoui and violinist Kheir Eddine M Kachiche), Baroque and improvised contemporary music.

This album seeks to establish the concept as a working unit. Only Balke, Helge Norbakken (percussion), Pedram Khaver Zamini (tumbak) and Bjarte Eike (violinist and leader of the Baroque ensemble Barokksolistene) return from the previous recording. The approach trades off star soloists Alaoui, Kachiche and trumpeter Jon Hassell for a more cohesive group sound. This lineup features Algerian vocalist Mona Boutchebak and Turkish musician Derya Türkan on kemençe, a bowed string instrument common all over the Eastern Mediterranean.

Balke has chosen a wide variety of poetry to set, ranging from traditional songs to the Persian Sufi mystic Attar, from St. John of the Cross to Spanish poet/playwright Lope de Vega. Their voices are like a mystical chorus embodying the meaning of the title Nahnouo Houm (which translates to "We are them"). Boutchebak immediately establishes herself with the stately dance rhythm and Spanish lyrics of the opener "Duda" (she also speaks Arabic, French, and English, although they are not all needed here). Her voice may not be as large as Alaoui's, but she blends with the ensemble much more. And her a capella version of the Andalusian traditional song "Ma Kontou" is a lovely interlude.

The arrangements make free use of the instrumental forces. "Desmayar Se" features Balke's harpsichord, with subtle, understated strings. "Castigo" employs Turkan's kemençe solo for the opening, then brings in the Barokksolistene strings playing pizzicato, ending in a haunting fadeout. "Del Ray" finally uses the full sound of the string section, along with a kemençe solo. The title tune (one of four tracks without vocals) features the strings with commentary from the small group, concerto grosso style ("Arco y Flecha" takes the same approach). Pedram Khaver Zamini has a brief solo tumbak spotlight on his own "ZemZemeh."

Nahnou Houm is a beautiful continuation of the cross-cultural Siwan concept. Its charms may be a bit subtler than the first album, but the more cohesive group sound is ultimately winning, and represents a real creative step forward.