By IAN PATTERSON
January 11, 2013
Sign in to view read count 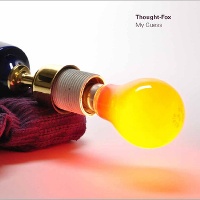 Thought-Fox is a quintet led by Lauren Kinsella, whose adventurism was already apparent on All This Talk About (WideEarRecords, 2012), an intimate series of improvisations with drummer Alex Huber. In a short time, the Irish singer has garnered glowing praise for her voice—a thing of rare beauty—and for her very personal improvisational style. Improvisations certainly color the music here, and though possible to imagine Kinsella performing these songs as duos—a format she enjoys—the quintet lends greater structural form as well as harmonic and melodic depth, which makes Kinsella's striking compositions really quite accessible.

Trombonist Colm O'Hara and Kinsella combine wonderfully on "Nightlight," locked in quiet serenade. Double bassist Mick Coady's three-note bass ostinato and a similar, six-note cycle from pianist Tom Gibbs waltz slowly and somberly, while Simon Roth's brushes are subtly felt in the hypnotic ensemble sound. A little piano flourish signals change as Kinsella launches into a compelling wordless improvisation. A brief piano trio interlude raises the tempo, with trombone and vocals coming in on the tail of the climax. Bass and piano motifs return, accompanied by crying cymbal, and Kinsella and O'Hara entwine one final time. Gently seductive and quietly powerful, this stunning opener contains all the seeds of Thought-Fox's peculiarly persuasive charms.

Kinsella's rhythmic strength is highlighted on Roth's lovely "Arrival/Departure" as much as the clarity of her tone. There's spring in the quintet's step on "Prime of Life," an infectious swinger which features a fine solo from Gibbs. Kinsella steers "Malin's Chai" between a jaunty and quite irresistible unison melody and slow, sultry passages; much of the piece's appeal lies in the contrasts at play. Following the vaguely kora-like dampened piano string intro to "My Guess," Kinsella's sung and scatted vocals punctuate instrumental passages of guile and finesse, with trombone and piano prominent.

"Worm of Thought" is inspired by poet T.S. Elliott's "The Waste Land." The singer's improvisation is real over-the-cliff stuff—fearless, devoid of cliché and striving for unexplored territory. A modernist, Kinsella is pushing vocal improvisation into new areas, and after a century of little movement in scat, such risk is refreshing. The contrasts here between composition and freedom, between harmony and dissonance and above all in the varying tempos make for an arresting and episodic aural journey.

Given Kinsella's striking voice and delivery, it says much for the group chemistry that each voice in Thought-Fox is an integral part. The rhythm, melody and lyricism inherent in these compositions should appeal to those who enjoy a good tune, while there's enough of an edge to satisfy seekers of greater experimentation in their jazz. Original and highly satisfying, My Guess rather tantalizingly holds the promise of greater things yet to come.