It is hard to say what Roman Filius hometown is. Probably, the best way to explain it is that he was born in Cuba but raised in music. After graduating from the Higher Institute of Art in Havana and working as a saxophone professor at the National School of Music in the same city, Filiu joined to the well-known band Irakere, leaded by Chucho Valdes, from 1997 to 2006. In those 9 years that he spent with them, Filiu not only became an experienced and respected musician but also he got to travel around the world. In the U.S Irakere performed at the Carnegie Hall and The Chicago Symphony Hall, among other important venues of the music scene. Also, he participated in the recording of the album Babalú Ayé (1999), which was nominated to the Best Latin Jazz Album Grammy Award.

He continued playing and recording as a guest with the Chucho Valdes Quartet. Filiu played the alto sax in the piece You dont know what love is” for Chucho Valdés album New Conceptions, which won a Grammy Award later in 2004. Another important collaboration as a sideman was his work with David Murray. Filiu became Murrays Latin Big Band musical director in 3 of his albums, Now is the time (2002), Waltz Again (2005) and David Murray plays Nat King Cole in Spanish (2009). Also, Filiu has played with other important musicians as Omara Portuondo, Pablo Milanés, Issac Delgado, Michael Mossman, Roy Hargrove, Gonzalo Rubalcaba, Dafnis Prieto and the Buena Vista Social Club, among others.

His career kept him always busy but it didnt stop him to release his first album Blowin Reflections in 2006, while living in Madrid, Spain, where he moved in 2005. This album was still close to his influences of the Afro-Cuban rhythms but it showed in great part his interest for a more contemporary sound. Actually, it is possible to find relations to John Coltrane in his playing and even Miles Davis conceptions of the quintet. In Spain he went closer to other influences and he also made part of the experiments between Flamenco and Jazz.

He moved to New York in 2011 and brought with him his second album Musae (2012) that he recorded in Madrid and he just released here. This album keeps the same format of quintet and brings together great musicians as David Virelles, Reinier Elizarde, Marcus Gilmore, Dafnis Prieto and Adam Rogers. A review by Midwest Record says about it that While there are strong elements of church basement flavored Coltrane, this sets up a nice contemporary groove that veers to the left throughout.”

Roman Filiu has been praised for the critics as a great soloist. Nowadays, he is an active performer around New York. His intentions are also to keep composing without rush but consistency. Show less 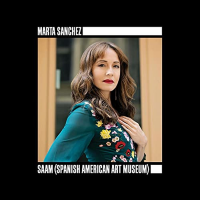 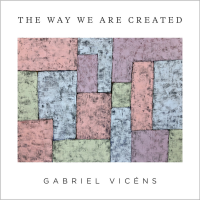 The Way We Are Created 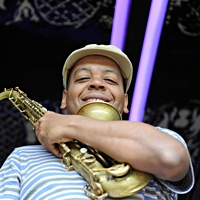 All About Jazz musician pages are maintained by musicians, publicists and trusted members like you. Interested? Tell us why you would like to improve the Roman Filiu musician page.