Since the release of her self-titled debut album in 1974, Snow has remained one of the most distinctive voices in popular music.

Born Phoebe Ann Laub in New York City, she was raised in a household where Delta blues, Broadway show tunes, Dixieland jazz, classical music and folk music recordings were played around the clock. As a teenager, she carried her prized Martin 00018 ac guitar from club to club around Greenwich Village, playing and singing on amateur nights.

It was at the Bitter End Club in 1972 that a promotions executive for Shelter Records was so taken by the singer that he signed her to the label and produced her first recording. Featuring guest performances by The Persuasions, Zoot Sims, Toddy Wilson, David Bromberg and Dave Mason, Snow album became one of the most acclaimed debut recordings of all time. It spawned the Top 5 hit single, Poetry Man, winning Snow a Grammy Award nomination for Best New Artist and established her as a formidable singer/songwriter. Platinum records, the cover of Rolling Stone magazine, and legions of fans followed.

In 1992 she toured with Donald Fagen's popular New York Rock And Soul Revue and was featured on the group's album recorded live at the Beacon Theater in New York City. Even when she wasn't recording her own works, Phoebe continued to tour extensively as a solo artist throughout North America, Great Britain, Germany, and the Far East. 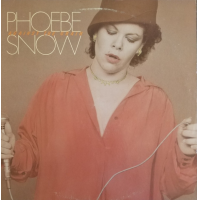 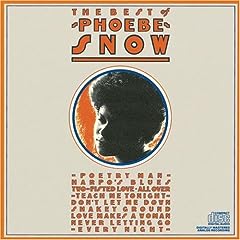 The Best of Phoebe... 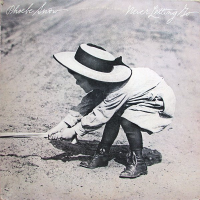 All About Jazz musician pages are maintained by musicians, publicists and trusted members like you. Interested? Tell us why you would like to improve the Phoebe Snow musician page.