Raised in jazz music, Janinah Burnett is the daughter of legendary jazz drummer Carl Burnett and writer/educator/artist Imani Constance. As a child, Janinah was surrounded by Horace Silver, Freddie Hubbard, Eddie Harris, Nancy Wilson, George Cables, Billy Higgins, and many others who inspired her early musical beginnings. This innovative and exceptionally artistic beginning led to a myriad of musical activities throughout Janinah’s formative years. While in school at the Hamilton Music Academy in Los Angeles, Janinah won the solo vocal jazz competition at Cal State Fullerton, propelling her desire to serve her artistic muse and study vocal jazz music at Spelman College. Never wishing to be limited to any one genre, Janinah was clear she wanted to be able to use her voice to sing all styles. During her time at Spelman, Janinah continued her jazz studies and was a member of the Spelman College Jazz Ensemble. Janinah participated in a host of private events and engagements including singing for Margaret Thatcher, several performances with the Atlanta Symphony, singing with the great Ray Charles, and at a private birthday party celebration for Oprah Winfrey at the home of Maya Angelou. However, she was intrigued and inspired by her classmates who excelled in classical music styles, most specifically Art Song, Sprituals, and Opera. Her classmates’ excellence, inspiration from role models of color who excelled in the field of classical music, and many singing and performance opportunities allowed Janinah to get well acquainted with varying classical music styles

. This encouraged Janinah to take the path toward Art Song and Opera. Janinah continued her music studies at the Eastman School of Music where she received a Masters Degree in Vocal Performance and Literature. Janinah’s experiences and opportunities while at Eastman were riveting. While there, she studied with accomplished musicians who guided and instructed her immensely. Each summer while at Eastman, Janinah studied Italian at the Centro Studi Di Italiani in Urbania as a participant in the Oberlin in Italy program. In the program she not only learned Italian but had many study and performance opportunities in opera. Her second year in Urbania, Janinah learned and performed the role of Violetta in La Traviata with orchestra in two large opera houses. Another major role Janinah learned and performed at Eastman was the role of Mim  in La Boh me. Directly following those performances and upon graduation from Eastman, Janinah joined the cast of Baz Lurhmann’s La Boh me on Broadway as Mim  and thrilled audiences. Several exciting events occurred as a result of this show including her Janinah Burnett www.janinahburnett.com performances on the Tony Awards, performances at esteemed events for Prada and Ti any’s, and her win of the LA Theater Alliance’s Ovation Award, to name a few. Janinah was even featured in the National Enquirer! Directly after the whirlwind that was La Boh me on Broadway, Janinah joined an international tour of Porgy and Bess as Clara and Bess. On this tour, she sang in several major opera houses in Austria, Japan, Italy, Germany, Sweden, Denmark. Upon returning to the US, Janinah sang the following leading roles: Violetta in La Traviata, Donna Anna and Donna Elvira in Don Giovanni, Norina in Don Pasquale, Lauretta in Gianni Schicchi, Sophie in Der Rosenkavalier, Margru in Amistad, Marguerite in Faust, Le la in Les Pecheurs de Perles, Pamina in Die Zauberfl te, Mica la in Carmen, Suzanna in Le Nozze Di Figaro, Mim  in La Boh me, and many others in over 25 international and domestic cites. Janinah’s brilliant technique and exceptional character interpretations led her to join the Metropolitan Opera Company for their productions of Carmen, La Boh me, Parsifal, Le Nozze di Figaro, La Rondine, The Enchanted Island, Iphig nie en Tauride, Elektra, and Manon. Janinah made her MET debut as Bianca in La Rondine and spent eight seasons singing at the MET. During this time, Janinah performed with the likes of Placido Domingo, Susan Graham, Paul Groves, Angela Georgiu, Roberto Alagna, Dwayne Cro , Samuel Ramey, Jonas Kaufmann, Ram n Vargus, and many others. Also during this time, Janinah sang the role of Lucy in Treemonisha with Grace Bumbry and Willard White. She also sang Leila in John Adams’ I was Looking at the Ceiling and Suddenly Saw the Sky, both productions were performed at the Theatre du Chatelet in Paris which were huge successes featuring people of color and dealing with controversial socio-political themes. Building a career as a successful, consistently working artist, Janinah was called upon for many world premiers. The first was Three Mo’ Divas, sister group to Three Mo’ Tenors, in which she worked with the virtuosic pianist/producer/arranger Joseph Joubert. Janinah originated the role of “Diva” and enjoyed performing genres that inspired and influenced her, including jazz and R&B. This foray into theater was more intimate and called for dancing and acting differently from opera, a challenge Janinah rose to meet. Her subsequent world premiere presentation was starring as “Harriet Tubman” in Nkeiru Okoye’s opera Harriet Tubman: When I Crossed that Road to Freedom presented by American Opera Projects. Additionally, Janinah recreated the role of “Lolo, the VooDoo Queen” in Harlem Renaissance composer Harry Lawrence Freeman's revival of VooDoo to much acclaim, earning her a glowing The New York Times review and feature. Janinah was also featured on the cover of the Arts Section of The Washington Post. Janinah is in high demand and has recently returned to Broadway, where her professional career began. She is currently making appearances as “Carlotta Giudicelli” and “the Innkeeper’s Wife” in Phantom of the Opera on Broadway. Working on Phantom has been a welcomed gi  allowing Janinah to make her home in NYC and focus on creative musical projects near and dear to her heart. Janinah currently produces her own solo concerts of diverse vocal styles. These diverse vocal stylings are presented on her debut album entitled Love the Color of Your Butterfly. Released in February 2021, Love the Color of Your Butterfly is a foray into the fusion of classical, jazz, and other popular idioms delivered with exceptional musicianship and emotional authenticity. This presentation of musical literature is re-imagined by Janinah with the assistance of some of the world’s finest jazz musicians including Sullivan Fortner, Christian Sands, Casey Benjamin, and Terreon Gully who produced the album. Additionally, Janinah produces performances of her own writings juxtaposed with photography, art songs, freedom songs, and spirituals entitled I, Too Sing America: A Lament for the Fallen which exists to provide quality performances rooted in education, activism, committed artistic expression, and healing while honoring those who have been killed due to social injustice. Janinah’s artistry is far-reaching and while she is moved to present the music of the past and present in innovative artful ways, she is also inspired to assist the future generations of singing artists. In her vocal studio La Janinah Voice Studio, she privately teaches some of today’s rising singing stars and regularly presents master classes to students at colleges across the US. www.janinahburnett.com

From: Love The Color of Your Butterfly
By Janinah Burnett
Last Updated: March 9, 2022 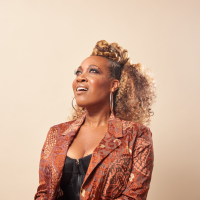 All About Jazz musician pages are maintained by musicians, publicists and trusted members like you. Interested? Tell us why you would like to improve the Janinah Burnett musician page.