Norberto Tamburrino, Italian pianist/composer was the winner at Akademia of Music Awards in Los Angeles of The 2021 Rising Star Awaed and 2020 Artist Vision Award “for exceptional talent, originality and vision in the field of music”. In 2019 he also received the 2019 Akademia Executive Award “for outstanding creativity, artistry and professional achievement in the field of music”and in August 2018 he also won as best composition Award for his song “A Breath on Wings” from his second Album “Prigioniero del Mare-Prisoner of the Sea”, realized in 2007 for Arabesque Records. He produced 8 own albums and more than 70 original compositions released by famous labels in USA and Europe (Splasc(h), Arabesque, Philology, Art Notes). Thanks for the Riff released in 2011 was recommended by 3 important Italian jazz magazines (Musica Jazz, online-jazz.net, AllAboutJazz Italy). The piano Solo recording “Ascoltabile Piano & Atmospheres” on january 2010 was at Top 40 Charts in 35 Countries.

He was born in Taranto (Italy) in 1964 and begun since ninth to play organ, when he was 13th privately studied classic organ for 3 years and then he took to play classic studies on piano under the direction of M° Anna Serafino (2 years). Since 1982 he studies jazz piano attending Stages and Workshops with : Enrico Pieranunzi, Giorgio Gaslini, Bob Mover, Franco D’andrea, Gianluigi Trovesi, Claudio Fasoli, George Cables, and in New York attended lessons and workshops with Richard Clements, Jimmy Vass, Frank Hewitt, Gilbert Coggins, Barry Harris and others. In 1994 he attended “C P M Siena Jazz” Academic year with pianists Danilo Rea and Stefano Battaglia and Musica d’insieme class with the trumpeter Marco Tamburini. From 1999 He begun his professional activity since 1989 hosting alittle Jazz Club in Taranto playing and planning concerts for 9 years.

“..Tamburrino's piano playing, heavily influenced by Thelonious Monk, is ripe with percussive clatter and arpeggiatedflour. Indeed, the inclusion of Monk's ...overlooked ballad "We See" demonstrates Tamburrino's thorough understanding of the familiar nuances associated with the late pianist..” -Deco by John Barron, All About Jazz -October 2009

"..He makes the most out of the versatility of the piano. His jazz harmony and improvised runs work together perfectly. Ascoltabile Piano & Atmospheres is a must listen for jazz fans.." Richard Henry, WorldWide Jazz- January 2011

"..Tamburrino occupies the same rhythmic sensibility as Monk; playing alone, he moves around the piano with just those pensive, eccentric footsteps, clatters, trips.." Jay Deshpande, All About Jazz-

"..He makes the most out of the versatility of the piano. His jazz harmony and improvised runs work together perfectly. Ascoltabile Piano & Atmospheres is a must listen for jazz fans.." Richard Henry, WorldWide Jazz- January 2011

"..Tamburrino occupies the same rhythmic sensibility as Monk; playing alone, he moves around the piano with just those pensive, eccentric footsteps, clatters, trips.." Jay Deshpande, All About Jazz-

The result is a well-crafted album, featuring some excellent playing from pianist Norberto Tamburrino and the other musicians..” Bruce Lindsay, All About Jazz August '09 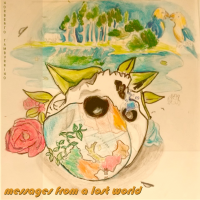 Messages From A Lost... 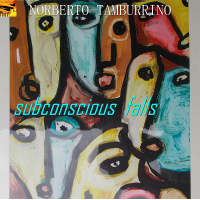 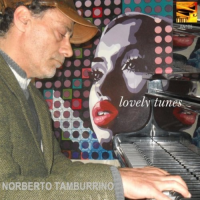 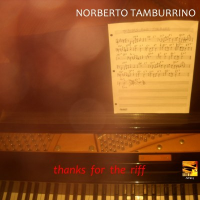 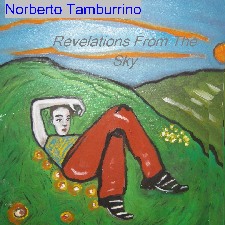 From: Messages From A Lost World
By Norberto Tamburrino

From: Reflection(s) On Monk
By Norberto Tamburrino

From: Revelations from The Sky
By Norberto Tamburrino 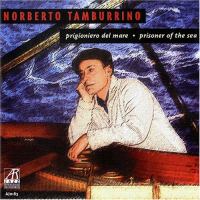 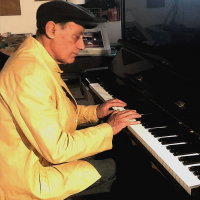 All About Jazz musician pages are maintained by musicians, publicists and trusted members like you. Interested? Tell us why you would like to improve the Norberto Tamburrino musician page.