Pianist and vocalist Nellie Lutcher was born on October 15, 1912 in Lake Charles Louisiana. Her parents were both musicians; her father played the bass and her mother the piano. She started piano lessons at age 6 and by age 8 she was playing both piano and organ at the local church.

When Nellie was 12 years old, the legendary Ma Rainey came to Lake Charles for an engagement but her pianist fell ill and the 12-year-old Nellie Lutcher took his place.

At age 14 she joined her father in Clarence Hart's Imperial Jazz Band and a few years later she married the band's trumpet player, a marriage that lasted only two months.

In 1933, Lutcher joined the 16-piece Southern Rhythm Boys and soon became their arranger. Two years later she moved to Los Angeles, where she earned $2 a night performing at the Dunbar Hotel on Central Avenue. Despite initial resistance on her part she eventually gave in to fans requests and started singing in addition to playing the piano. In L.A. she married Leonel Lewis and had a son, Talmadge. This marriage was also short lived and lasted four years.

In 1947 Nellie Lutcher performed at a charity event at Hollywood High School that was broadcast. A Capitol Records executive heard her and signed her to the label and produced her first record under the title "Nellie Lutcher and Her Rhythm." This session spawned her first hit “Hurry on Down” that went to no 2 on the R and B charts. She recorded number of other R and B hits and became the leader of a group of piano playing and singing female musicians that included among others Hadda Brooks.

Unfortunately her popularity with the record buying public lasted only for 4 years (during which she recorded duets with Nat Cole among others) and her entire recording career a mere 10. In 1957 she retired from both recording and only rarely performed pursueing a career in real estate instead and serving as a director for the Musician’s Union.

Ditto From Me To You 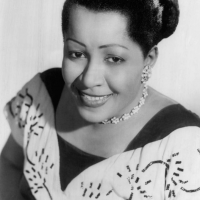 All About Jazz musician pages are maintained by musicians, publicists and trusted members like you. Interested? Tell us why you would like to improve the Nellie Lutcher musician page.