Norma Jeane Mortenson, better known as Marilyn Monroe was a Golden Globe Award-winning American Hollywood legend, movie star, actress, singer, model and pop icon. She became known for her comedic skills and screen presence, going on to become one of the most popular movie stars of the 1950s. Later in her career, she worked towards serious roles with a measure of success. However, long-standing problems were exacerbated by disappointments in both her career and personal life during her later years. Her death has been subject to speculation and conspiracy theories.

Marilyn Monroe personified Hollywood glamour with an unparalleled glow and energy that enamored the world. Although she was an alluring beauty with voluptuous curves and a generous pout, Marilyn was more than a '50s sex goddess. Her apparent vulnerability and innocence, in combination with an innate sensuality, has endeared her to the global consciousness. She dominated the age of movie stars to become, without question, the most famous woman of the 20th Century.

Monroe was a shimmering on-screen presence - luminous, sensual and larger-than-life. Certain cinematic images, such as her skirt billowing above the subway in Seven Year Itch, or her dressed in a vivid pink gown singing "Diamonds Are A Girl's Best Friend", have become iconic. She was a gifted comic actress, with an instinctive feel for timing. And she projected a smouldering sexuality that was revolutionary in the repressive 1950s.

What she is less remembered for is her singing career, but, as this collection shows, she carried it off with aplomb. Monroe was the ultimate showgirl. Witness her playing her ukelele and giving a raucous rendition of "Running Wild" in Some Like It Hot, or wiggling her way through "A Little Girl From Little Rock" with Jane Russell in Gentlemen Prefer Blondes.

But as with her acting, Monroe was underrated as a vocalist, perceived by many to be the archetypal `dumb blonde’. Her singing voice wasn’t perfect, but it was expressive, seductive and theatrical. Why else has "I Wanna Be Loved By You" become such a classic, regularly used in advertising and TV? Monroe's voice suggests mood and glamour, something that she worked hard to create

Monroe proved she could carry a big-budget film when she received star billing for Niagara in 1953. Movie critics focused on Monroe's connection with the camera as much as on the sinister plot. She played the part of an unbalanced woman of easy virtue who is planning to murder her husband.

Around this time, nude photos of Monroe began to surface, taken by photographer Tom Kelley when she had been struggling for work. Prints were bought by Hugh Hefner and in December 1953 appeared in the first edition of Playboy. To the dismay of Fox, Monroe decided to publicly admit it was indeed her posing in the pictures. To a journalist asking what she had on during the photoshoot, she replied: "The radio." When asked what she wore in bed, she famously said: "Chanel No. 5."

Over the following months, Gentlemen Prefer Blondes and How to Marry a Millionaire cemented Monroe's status as an A-list screen actress and she became one of the world's biggest movie stars. The lavish Technicolor comedy films established Monroe's "dumb blonde" on-screen persona.

In Gentlemen Prefer Blondes, Monroe's turn as the gold-digging showgirl Lorelei Lee won her rave reviews and the scene where she sings "Diamonds Are a Girl's Best Friend" has had an impact on popular culture, inspiring the likes of Madonna and Kylie Minogue. In the Los Angeles premiere of the film, Monroe and co-star Jane Russell pressed their foot and handprints in the cemented forecourt of Grauman's Chinese Theatre.

In How to Marry a Millionaire, Monroe was teamed up with Lauren Bacall and Betty Grable. She played a short-sighted dumb blonde, and even though the role was stereotypical, critics took note of her comedic timing.

The first film to be made under the contract was Bus Stop, directed by Joshua Logan. She performed the role of ChÃrie, a saloon bar singer who falls in love with a cowboy. Monroe deliberately appeared badly made-up and non-glamorous.

She was nominated for a Golden Globe for the performance and praised by critics. Bosley Crowther of The New York Times proclaimed: "Hold on to your chairs, everybody, and get set for a rattling surprise. Marilyn Monroe has finally proved herself an actress." In his autobiography, Movie Stars, Real People and Me, Director Joshua Logan said, "I found Marilyn to be one of the great talents of all time....She struck me as being a much brighter person than I had ever imagined, and I think that was the first time I learned that intelligence and, yes brilliance have nothing to do with education."

Monroe formed her own production company with friend and photographer Milton H. Greene. Marilyn Monroe Productions released its first and only film The Prince and the Showgirl in 1957 to mixed reviews. Along with executive-producing the film, she starred opposite the acclaimed British actor Laurence Olivier, who directed it.

While Monroe's reputation in the film industry for being difficult grew, her performance was hailed by critics, especially in Europe, where she was handed the David di Donatello, the Italian equivalent of the Academy Award, as well as the French Crystal Star Award. She was also nominated for the British BAFTA award.

In 1959 she scored the biggest hit of her career starring alongside Tony Curtis and Jack Lemmon in Billy Wilder's comedy Some Like It Hot. After shooting finished, Wilder publicly blasted Monroe for her difficult on-set behavior. Soon, however, Wilder's attitude softened, and he hailed her a great comedienne. Some Like It Hot is consistently rated as one of the best films ever made. Monroe's performance earned her a Golden Globe for best actress in musical or comedy. The New York Times proclaimed Monroe a "talented comedienne."

After Some Like It Hot, Monroe shot Let's Make Love directed by George Cukor and co-starring Yves Montand. Monroe, Montand and Cukor all considered the script subpar, yet Monroe was forced to shoot the picture because of her obligations to Twentieth Century-Fox. While the film was not a commercial or critical success, it included one of Monroe's legendary musical numbers, Cole Porter's "My Heart Belongs to Daddy".

In May 1962, she made her last significant public appearance, singing "Happy Birthday, Mr. President" at a televised birthday party for President John F. Kennedy. Monroe conducted a lengthy interview with Life, in which she expressed how bitter she was about Hollywood labeling her as a dumb blonde and how much she loved her audience. She also did a photo shoot for Vogue, and began discussing a future film project with Gene Kelly and Frank Sinatra, as stated in the Donald Spoto biography. Furthermore, she was planning to star in a biopic as Jean Harlow. Other projects being considered for her were What a Way to Go and a musical version of A Tree Grows In Brooklyn.

Before the shooting of Something's Got to Give resumed, Monroe was found dead in her Los Angeles home, on the morning of August 5, 1962. She remains one of the 20th century's most legendary public figures and archetypal Hollywood movie stars.

Ella Fitzgerald credited Monroe with helping her break the colour barrier and launching her career into the mainstream. "It was because of [Marilyn Monroe] that I played the [heretofore segregated] Mocambo. She personally called the owner ... and told him she wanted me booked immediately, and if he would do it, she would take a front table every night. She told him and it was true, due to Marilyns superstar status that the press would go wild. The owner said yes, and Marilyn was there, front table, every night. The press went overboard. After that, I never had to play a small jazz club again. She was an unusual woman a little ahead of her time. And didn't she know it." Show less

The Inspiration Behind The Versions Of "Santa Baby" Remakes... Hint,...

Acclaimed Vocalist Rebecca Kilgore Returns to Feinstein's in "Some Like...

Marilyn Monroe in Her Own Words

For Sale: Eternity with Marilyn Monroe

David Klein Quartet’s "My Marilyn", A Jazz Homage To Marilyn... 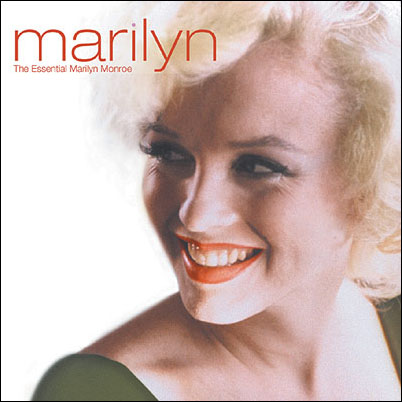 All About Jazz musician pages are maintained by musicians, publicists and trusted members like you. Interested? Tell us why you would like to improve the Marilyn Monroe musician page.