Anna Elizabeth Kendrick is a modern day old-fashioned jazz songbird and composer. She revisits the spirit of the earlier decades of the last century in her song-writing and singing style, particularly embracing the 30's, 40's and 50's. Anna's debut album “In Out of The Rain” came out on April 9th of 2013. “In Out of The Rain” made it to the 1st round ballot for the 2014 Grammys.

Anna's 2nd album “Old-Fashioned Gal” just came out on August 18th of 2017! There are only 5 tracks on the album, but unlike her 1st album there are many more instruments on this album. There's keyboard, electric guitar, electric bass, and drums on every track. Alto saxophone is on 4 out of the 5 tracks, and there's trumpet on 2 tracks and clarinet on the one cover song “How About You.” “How About You” is also special because it is a duet with Anna's keyboard player Jeevan D'Souza.

Ms. Kendrick accompanies her own originals with lovable standards and lesser known standards that you will come to love in her live performances. Her arsenal of songs range from sophisticated to bluesy to cabaret-esque. Anna has a penchant for honest, clever lyrics and catchy, melodic music, whether it is her own writing or someone else's. She takes inspiration from the likes of Cole Porter, Peggy Lee, Marilyn Monroe, Harold Arlen, and Julie London, to name a few.

Anna Elizabeth Kendrick started singing and taking voice lessons as a child and after. She began writing jazz music in her early teens, and chose to live out her dream when she moved to New York and started performing her own music and jazz standards in many various venues, such as Swing 46, Flute Midtown, The Slipper Room, Don't Tell Mama, Tomi Jazz, and many more!

Ms. Kendrick is currently singing in solo jazz/pop shows with her band and has also sung as a guest singer with Evan Palazzo's “The Hot Sardines” and Ian Kane's “Boogie Stride Trio.” She also has made guest appearances with “The Virginia Marcs Band,” and Virginia “Ginya” has made appearances in Anna's shows with her band. Anna is open to collaborating with new musicians and performing in more venues, too. 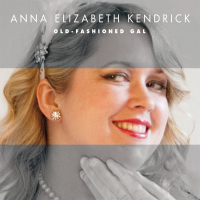 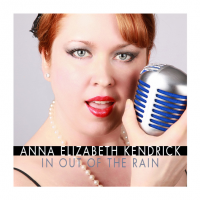 "In Out Of The Rain"

All About Jazz musician pages are maintained by musicians, publicists and trusted members like you. Interested? Tell us why you would like to improve the Anna Elizabeth Kendrick musician page.