Italian pianist and composer Luca Dell’Anna was born on October 10, 1975 in Ferrara, a historical city with strong ties to jazz. He grew up listening to his father’s extensive record collection. Especially Ray Charles and Nat King Cole impressed him: “While I was listening to them singing, their licks and piano styles entered my memory forever.”

His father also had a classical collection and Dell’Anna quickly fell in love with the music of J.S. Bach. As he approached the piano for the very first time, he quickly began improvising melodies in the style of Bach. Another important influence was Dell’Anna’s grandfather, who played the accordion and stressed the importance of traditional Italian folk music.

The piano came into his life when he started playing a toy piano with his friend at the age of six. One year later, he got an electronic keyboard for Christmas and discovered the world of improvisation. When he was in the sixth grade, he was encouraged to take piano lessons, and this was the beginning of many years of education in classical music. From he was 10 to 19 years old, he studied classical piano and attended the Conservatory G. Frescobaldi of Ferrara. A new path opened that would eventually lead to his rebirth as a jazz musician.

At 16, he started playing in a funk-fusion band that played the repertoire of Tower of Power, Chick Corea, Billy Cobham and other fusion heroes from his youth. The discovery of jazz language resulted in Dell’Anna taking lessons with notable Italian pianist Bruno Cesselli and he would later attend the renowned L’Università della Musica (The Music University) in Rome under the tutelage of the great bop pianist Andrea Beneventano. To this day, the teachings of Beneventano still provide the foundation of the lessons Dell’Anna gives to his own students. At the heart of Dell’Anna’s sound lies a complex understanding of rhythm that goes beyond the generic sound of modern lyrical jazz piano. Part of the reason for this is his discovery of Cuban music and Latin rhythms: “I had very close friends who were big fans of Cuban music and I also started to listen to and learn proper Salsa music, in addition to Latin jazz: Chucho Valdes, Eddie Palmieri and my real big crush, Gonzalo Rubalcaba.”

In 1999, Dell’Anna moved to Milano to become a part of the vibrant music scene. He soon got in touch with the Cuban Latin jazz community and became a companion of great Cuban musicians such as Dany Martinez, who initiated him into the concepts and theories of Cuban and African music. As a musician in demand, he played many gigs in various genres but started to focus on jazz and in 2005 he released the album Brian Had a Little Plate with Rootless Ensemble. In 2012, as a result of his brief experience with avant-garde Improvvisatore Involontario Art Collective, he released the acclaimed album The Fourth Door with the trio Tan T’Ien. In 2013, it was chosen as the third best album of the year by the prestigious Japanese jazz magazine, Jazz Critiques. Tracks from The Fourth Door and his first album as a leader, Mana (2013), were included on Japanese samplers of the best of jazz chosen by the critic Yasukuni Terashima. Jazz Critiques also included his second album as a leader, Symbiont, among the best jazz of 2015, surpassing albums by pianists Fred Hersch and Vijay Iyer.

Dell’Anna’s third album as a leader, Human See, Human Do (2018), digresses from the trio language by including the Italian saxophonist Massimiliano Milesi. The album was included among the Greatest Jazz Albums of 2018 by JAZZIT Magazine.

He has also explored other formats playing Hammond Organ in the great Italian drummer Walter Calloni’s group and in a duo with worldwide acclaimed trumpeter Adam Rapa that is still touring actively. Rapa also commissioned him to write a composition for his musical Evolution, which was performed live at Nagoya Century Hall, Japan in 2012. The Italian Pianist Michele Francesconi has asked him to compose music for his “Seasons” project. As a sideman, Dell’Anna has played with singers Sheila Jordan and Chris Bennett and the acclaimed drummer Israel Varela, who is also a part of his trio with bassist Ivo Barbieri. Dell’Anna’s musical versatility has secured appearances on albums by such stylistically different artists as the alternative soul collective The Black Beat Movement and the Nordic singer Elisabeth Breines Vik.

In his own work, Dell’Anna has refined an open jazz style between avantgarde and mainstream with a modal approach to the piano. As he says: “I define my approach to composition as modal. By ‘modal’ I mean the way I juxtapose chords and harmonies isn’t (most of the time) led by harmonic rules but more by the strength of the melody that shapes its harmonic path by itself.” He has toured extensively with his music and appeared at numerous festivals around the world.

In 2018, he embarked on a big tour of China with fellow pianist Tazio Forte, and his Canadian trio project with bassist Rich Brown and drummer Marito Marques is a result of an invitation by the Italian Cultural Institute in Toronto to celebrate International Jazz Day 2019.

It underlines the global nature of Luca Dell’Anna’s music that is rooted in Italy, but at home in the world.

Read more articles
"[...] a brilliant artist, curious and versatile, as well as one of the most interesting realities emerged on the Italian jazz scene" (JAZZIT Magazine, #91, december 2015)

"[...] Dell'Anna builds a piano trio able to move on different territories with agile security and takes advantage of this characteristic to look for - and, ultimately, find - a sign, energy, resilience, strength in the slow tempos, all dosed with measure and with a certain taste for contrasting flavors, the intention, that is, to always put an emphasis on what's not expected whether or not granted" (F.Ciminiera, www.jazzconvention.net) 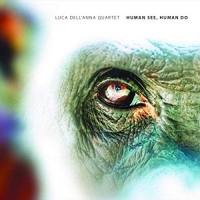 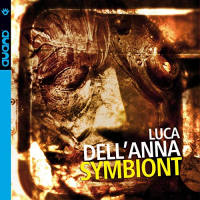 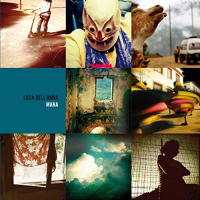 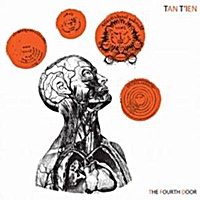 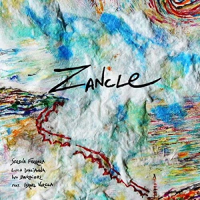 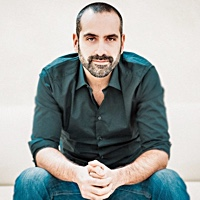 All About Jazz musician pages are maintained by musicians, publicists and trusted members like you. Interested? Tell us why you would like to improve the Luca Dell'Anna musician page.