LAURENT DOUMONT is a saxophone player, singer-songwriter from Brussels, mainly in the Soul Jazz idiom. He was part of Daniel Romeo’s band from 1999 to 2008. He also played for the entertaining show Improsessions. Throughout the concerts, Laurent worked alongside Fred Wesley, Michel Hatzigeorgiou, Eric Legnini, Dré Pallemaerts, Flavio Boltro, Paco Sery...

His horns section, with Olivier Bodson (tp) and Alain Palizeul (tb), had the chance to perform with Boney M, George Mc Crae, Percy Sledge, and even, on a very special evening, with James Brown.

He now co-leads and plays with Marc Lelangue and Patrick Dorcean in the New- Orleans rhythm & blues group, The Heavy Muffulettas.

His project Alligator Boogaloo pays tribute to one of his great soul-jazz influences, Lou Donaldson.

Since 1998, Laurent Doumont has been leading his own band, in which the finest Belgian musicians have participated. His first album, Soul Quintet, was released in 2001.

In 2012, his second personal album Papa Soul Talkin’ was released, produced by Daniel Romeo, with Vincent Bruyninckx, Sal La Rocca Lionel Beuvens and many great guests. In this record, Laurent reveals his various skills as a musician, singer, songwriter and arranger.

More Recently, he formed Trio V.O, his new jazz project with Sal La Rocca (db) and Patrick Deltenre (g) in which they play and sing American, French and Italian standards. In his latest album, l’Americano, Laurent adresses his Sicilian descent through great Italian standards form the 1950’s & 60’s, joyfully adapted in a soul-jazz and pop spirit.

L’Americano, co-produced with Nicolas Fiszman and featuring among others Vincent Bruyninckx (k), Lorenzo Di Maio (g), Sam Gerstmans (b) and Adrien Verderame (d), is out since March 21st 2019. Show less

As various and elaborated Doumont’s genres can be, there is also a strategic stage plan and a voice full of character. (SZ -Jazz Hot)

Doumont breathes this music in and out, that’s why it suits him and sounds so good. (Jazzques)

The result is an album that is first and foremost really pleasant, full of sunshine, joy and happiness, with very fine arrangements

As various and elaborated Doumont’s genres can be, there is also a strategic stage plan and a voice full of character. (SZ -Jazz Hot)

Doumont breathes this music in and out, that’s why it suits him and sounds so good. (Jazzques)

The result is an album that is first and foremost really pleasant, full of sunshine, joy and happiness, with very fine arrangements. (J.C. Van Troyen - Le Soir)

I'm really touched by the covers of “La Notte” and “Dolce Paola” on your album l'Americano. You treated them in a classy and original way, with elegance and efficiency and I sincerely thank you for that. (Salvatore Adamo)

« Papa Soul Talkin’ » is made of lovely ballads which Sonny Rollins wouldn’t have been ashamed of, and also genuine boogalo and soul compositions… Don’t miss this unmatched artist, whether he’s on stage or on disc ! (Jazz around)

There’s no way to stay put while listening to it ! (Le Soir)

Hello ! I'm a saxophone teacher here in Brussels. i've been teaching to private students and in music schools for about 25 years now! I can teach jazz, harmony and technique to a advanced students, but I also like to try something new with a total beginner. Up to you to give it a try ! 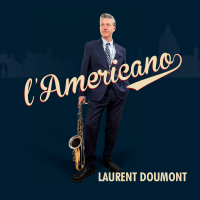 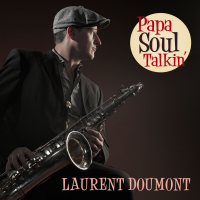 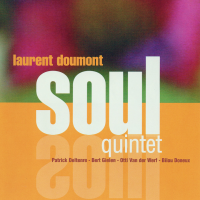 All About Jazz musician pages are maintained by musicians, publicists and trusted members like you. Interested? Tell us why you would like to improve the Laurent Doumont musician page.