Kellye Gray is cool. Not Miles Davis cool, though certainly she has some elements of that. It’s more like your best friend kind of cool. The kind of cool that makes you feel at ease. You want to shoot the breeze with her because she’s engaging, and you’ll laugh your ass off. Kellye Gray is also a jazz singer. A good one at that, which is no small feat considering her predecessors. Raised on R&B and the Motown sound, Gray was turned on to jazz by her parents. First it was singers like Sarah Vaughn and Chris Connor. Then it was instrumental monsters like Thelonius Monk, Miles Davis, The Modern Jazz Quartet and John Coltrane. “I didn’t discover Ella or Betty Carter until much later on,” she adds. “Paul J. MacArthur, Houston Press A Dallas native, Gray was a fixture in Houston (almost idol status) for several years before moving to San Francisco in 1992. Beginning her career on Austin’s Sixth Street, she provided a rare jazz experience that attracted the college crowd as well as the more sophisticated up-and-coming baby boomers. The San Francisco Examiner called her “a musically most imaginative tour de force.” In 1990, her first album, Standards In Gray (Justice Records), soared to #12 on the Gavin Report. Followed by another chart-topper, Tomato Kiss (Proteus Recordings) in 1996 helped her solidify the move into the national spotlight. An induction into the Texas Jazz Heritage Society brought legitimacy to her fledgling career

. CMJ New Music Report said she “emerges with moxie and sophistication.” The year 2000 broght death and divorce. Not one to be driven too far off-track, in 2002 and 2003 Kellye produced the double live albums, Blue and Pink (Proteus Recordings). In 2007 she put together a new team and released the concert recording, Live at the Jazzschool (Grr8Records). Amazon.com and Epionions.com report comments like, “Kellye Gray simply blew me away. Very few female jazz singers have her range and soul.” And, “Kellye Gray is one of the finest singers I’ve ever heard on record or in person. She can blast away or quietly capture your heart.” 2008 opened with another live recording, KG3 Live! at the Bugle Boy (Grr8Records), an acoustic trio project featuring classical guitar, acoustic bass and jazz voice. The trio recorded at the La Grange, Texas vintage WWII army barracks venue. JazzTimes magazine reports that this recording is Gray “at her raw, uninhibited, deconstructionist best.” 2014 brings a tribute to Kellye's Texas homeland, And, They Call Us Cowboys (Grr8 Records). A jazz take on Texas-born songwriters and icons turns them upside down with a twist. Her special approach to these familiar tunes prompted the International Music Review to gush, “This is a jazz singer of rare air.” Debuting June 30 of 2017 is Gray's 25th anniversary tribute double-disc CD package, Rendering (Grr8 Records) has All About Jazz’ C. Michael Bailey stating that “On Standards in Gray she emerges fully formed and precocious, with the most accomplished chops, vocal, vocalese, and scat. She is the complete package, from beginning to end. What emerges on Rendering is the only thing that can — maturity, poise, and accomplishment. It is nothing short of a divine revelation to listen to the former after the latter.” She regularly tours the U.S. and Europe, performing at festivals and concerts and nightclubs. Some notable mentions have been the Spoleto Festival USA, Stanford Jazz Festival, Houston International Festival, the Jazz and Blues Heritage Festival, the San Francisco Jazz Festival, Yoshi’s, the Cinegrille, Snug Harbor, Lincoln Center, Les Caveaux de la Rochette, and many, many more. “Simply the most exciting singer to debut” says USA Today. PUBLICITY: HOLLY COOPER (310) 993-4017 RADIO: GROOV Marketing Mark Rini (877) GROOV32

”She is the complete package, from beginning to end.” - All About Jazz

“Simply one of the most exciting jazz singers” - USA Today

”She is the complete package, from beginning to end.” - All About Jazz

“Simply one of the most exciting jazz singers” - USA Today

“Kellye Gray is one of the finest singers I've ever heard on record or in person. She can blast away or quietly capture your heart” - Epinions.com More

creator of the "Sploosh" technique. Vocal and acting educator for 15 years. Clinics, workshops and weekend seminars available. Pricing and other details are negotiated. Prefer working with intermediate to advanced students, but am open to audition anyone interested Private one hour lessons ($100/hr) availability open — please contact

creator of the "Sploosh" technique. Vocal and acting educator for 15 years. Clinics, workshops and weekend seminars available. Pricing and other details are negotiated. Prefer working with intermediate to advanced students, but am open to audition anyone interested Private one hour lessons ($100/hr) availability open — please contact

The Art of Vocal Interpretation — vocal clinic in two or four hour lengths. Uses the "Sploosh" techniques developed by Ms. Gray. Main focus of clinic is to guide student to understand how to turn off the editor of the mind, to gain control over the creative process. Also, the student will learn how to create and recognize truth anchors to help with the overall communication when interpreting a lyric. 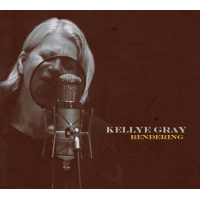 All About Jazz musician pages are maintained by musicians, publicists and trusted members like you. Interested? Tell us why you would like to improve the Kellye Gray musician page.