Bassist Dave Carpenter has appeared on nearly a hundred recordings in the eight years since coming to Los Angeles. And, he has dozens of television and film themes to his recording credit, as well as soundtracks and countless jingles. He can be heard on films Sideways (2004), Wild Things 2 (2004) and Tom Hanks That Thing You Do! (1996).

Primarily a jazz musician, he left hometown Dayton, Ohio in 1983 to move to New York City where he first toured and recorded with the bands of Buddy Rich, Maynard Ferguson and Woody Herman.

He has worked with major artists of all styles of music, however. The most recent of these touring and recording projects were with Mike Stern, Boz Scaggs, Allan Holdsworth, Randy Travis and Poe.

He most recently been touring and recording with jazz trio consists of pianist Alan Pasqua, bassist Dave Carpenter and drummer Peter Erskine. An ongoing cooperative trio with two other releases to its credit Live at Rocco (2000) and Badlands (2002). Their most recent efforts have been Standards and Worth The Wait, both (2007), and Dream Flight (2008).

These three musicians all exhibit a keen interactivity and insight in their approach, with the special touch of Erskine's brushwork, Carpenter's steady pulse and Pasqua's imaginative melodies and soloing.

In August 2006 they performed at Lenox Mass. Festival of Contemporary Music, the Tanglewood Music Center’s annual showcase. “Blood on the Floor;” mixed into the large, percussion-heavy orchestra was a jazz band that included Martin Robertson, the saxophonist; John Parricelli, the guitarist; Dave Carpenter, the bassist, and Peter Erskine, the drummer.

In the best jazz tradition, these musicians all took solos, sometimes augmented by orchestral brass and percussionists. The music’s roots ran everywhere, from the Copland of “Quiet City” to Frank Zappa’s off-kilter zaniness. By turns rambunctious and soulful, this nine-movement suite is raucous and heartfelt.

He appeared as a soloist with the Los Angeles and Berlin Philharmonic Orchestras plus Tanglewood and BBC Scottish Symphony Orchestras. Carpenter was a founding member of the “Lounge Art Ensemble." 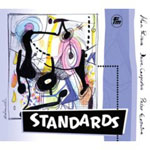 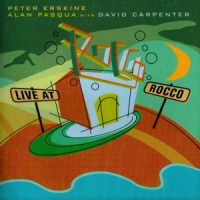 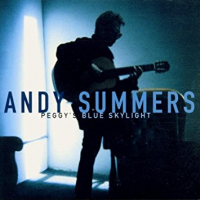 All About Jazz musician pages are maintained by musicians, publicists and trusted members like you. Interested? Tell us why you would like to improve the Dave Carpenter musician page.