Cleo Brown bears the distinction of being the first woman instrumentalist honored with the NEA Jazz Masters Fellowship. Her family moved to Chicago in 1919 and four years later, at age 14, she started working professionally with a vaudeville show. Her brother Everett, who worked with “Pine Top” Smith, taught her the boogie woogie piano style that became her trademark.

Brown performed in the Chicago area during the late 1920s. In 1935, she replaced Fats Waller on his New York radio series on WABC, and soon began recording. Her version of “Pine Top's Boogie Woogie” was influential on pianists that came after her, and she is credited with being an early influence on Dave Brubeck, who played during the intermissions of her shows, and Marian McPartland, among others. Through the 1950s she worked frequently at that city's Three Deuces club, establishing a reputation as a two-fisted, driving pianist. Brown began to gain international renown for her work, and she continued to perform regularly in New York, Hollywood, Las Vegas, Los Angeles, and San Francisco until 1953, making records for Capitol Records and performing with the Decca All-Stars, among others.

Brown then dropped out of the music business completely and took up full-time nursing. After retiring from nursing in 1973, she returned to music, spending her latter years as a church musician in her Seventh Day Adventist Church in Denver, Colorado

. In 1987, Marian McPartland sought out Brown as a guest on her long-running radio series, Piano Jazz. A recording of the program was released as Living in the Afterglow, Brown's last recording. Although all the numbers are gospel songs (many are originals by Brown), they are played in the same rollicking style as her 1930s recordings. Show less 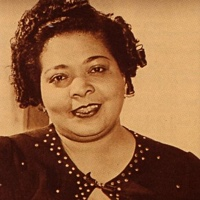 All About Jazz musician pages are maintained by musicians, publicists and trusted members like you. Interested? Tell us why you would like to improve the Cleo Brown musician page.