Bill Harris began his musical training on the clarinet at the age of nine in the small Boston suburb of Topsfield, Massachusetts. He began to get serious about music around the age of 17, at which point he also began playing the saxophone and flute. Sure that this was the career he wanted to pursue, he enrolled at Ithaca College in Ithaca, New York, to receive a Bachelor of Music degree as a clarinet major. During his freshman year of college Bill heard the Woody Herman Band with its unusual saxophone section of three tenors and one baritone, and knew at that moment that sax was to be his instrument.

After a year off from school to concentrate on playing the sax, he completed his college studies and moved to New York City where he studied privately with Bob Mintzer of the Yellowjackets. Although playing mostly sax at this time, Bill soon found that there was a demand on the Off-Broadway scene for an R&B sax player who could also play classical clarinet and flute. He made his living in this field for many years performing on such shows as " A My Name is Alice" and "Personals" (two shows written by the creators of HBO's "Dream On" and the hit TV series "Friends"), "Three Guys Naked from the Waist Down" (starring Scott Bakula) and "Angry Housewives." At this time Bill was also active in the studios doing jingle work for such products as "Dawn Dishwashing Detergent," "Pampers," "Ivory Shampoo," "Stroh's Beer" and "Orangina."

Bill has more recently been pursuing a career as a soloist and as the other member of the "Harris Bros Horns" and newly-formed "Harris Bros Band" with his trumpet player brother, Don Harris. For the past three years Don and Bill have been part of the Warren Hill Band and appear each January as featured artists on “Warren Hill's Smooth Jazz Cruise.” In 2005 Bill released his debut solo CD "THE EXTRA MILE" to rave reviews and is currently performing material from that CD with his band "Saxual Harrisment". Bill’s latest project is the Bill Harris Quartet - a traditional jazz quartet exploring a more contemporary concept. He is also very busy as a woodwind teacher, teaching both privately and at the University of Bridgeport.

Some of the many people Bill has performed or recorded with over the years include: 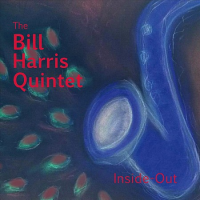 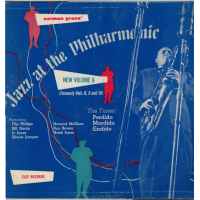 All About Jazz musician pages are maintained by musicians, publicists and trusted members like you. Interested? Tell us why you would like to improve the Conte Candoli musician page.