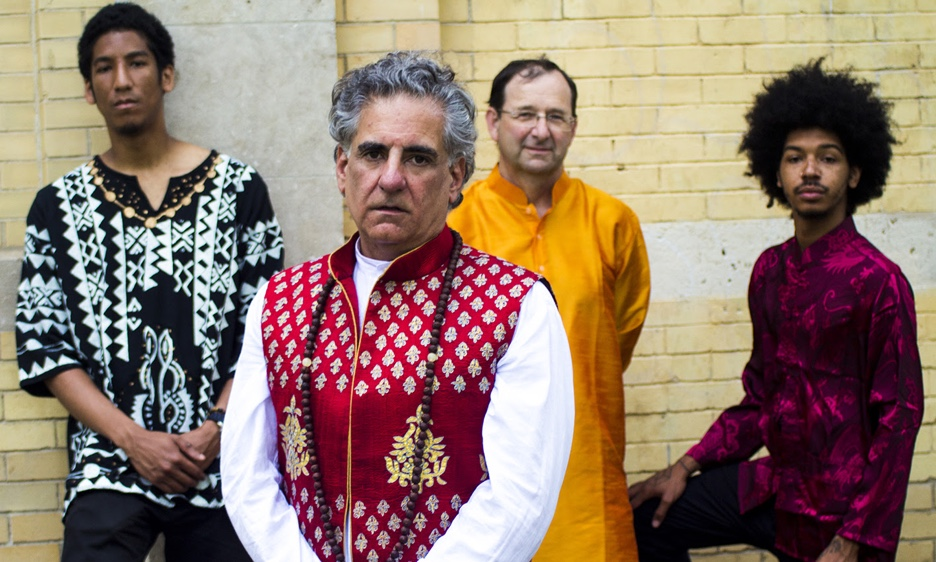 BY MARTIN LONGLEY
May 23, 2019
Sign in to view read count
Scatter The Atoms That Remain are set to be quite possibly the most jazzed combo at this year's Moers Festival, in Germany, but this simply illustrates the high degree of unfaithfulness displayed by many of its attending artists towards the jazz tradition. There are a mass of Moersfest acts who possess some sort of jazz-rootedness, but many of them also have other fingers deep inside rock, electronic, global-ethnic, hip-hop, or moderne composition. Not that Moers calls itself a jazz festival anyway, but its almost-five decades have all been spent vibrating around an exploratory free music core.

In recent months, they have been playing regularly at Smalls club in Greenwich Village, NYC, taking the after-midnight set, where anything can happen, and the vibrations get wilder, almost until dawn breaks. New material has been worked in to this low-key experimental breeding ground. The Atoms have also played gigs at Minton's and Dizzy's Club, to a more mainline jazz crowd.

Kiermyer was born in Montréal, but moved to NYC as a youngster. Nowadays, he lives in Norway with his family, up in the Arctic Circle city of Tromsø. Kiermyer still makes regular journeys back to NYC, where the Atoms are flying around, working in his own Greenpoint studio, where Exultation was recorded. Your scribe's series of sunny spring outdoor NYC parklet interviews continued in Petrosino Square, on Lafayette Street, just a few blocks down from David Bowie's old roost.

"I've been working on the same thing pretty much my whole life," he says. " There's been a real vision, a trajectory, I hope, and an evolution. The personnel fell together, because I'd spent a lot of time over the years, playing with different people, with great opportunities, but looking for the best situation I could put together, where we'd all be really devoted to growing together, and going deep in the 'shed. I'm incredibly fortunate, because this is the most wonderful long term situation I've been in..."

The original album line-up features Kiermyer with bassman Otto Gardner pianist Davis Whitfield and tenor saxophonist Jovan Alexandre. Kiermyer feels that the Atoms have really refined their approach during the last two years, although since this interview was conducted, Alexandre has just bowed out due to ill-health, and has been replaced by Michael Troy, on alto and soprano saxophones.

Kiermyer has immersed himself in Buddhist teachings, and the Atoms band name was inspired by that experience, and a song intoned by his Tibetan lama. "What's important about what we're doing," Kiermyer continues. "And what all serious musicians are doing, it's the quality of freshness, the spontaneity, it's the intuition, or the 'emptiness,' whatever you want to call it. If you can be lucid enough to notice that all phenomena is just the coming together of causes and conditions, with no beginning, and no end, then you can rest in that openness. That's what the music's all about. Every great musician that I've ever experienced, or had the honour to play with, the most special quality about them and their music is that freshness, and if I analyse that, it has to do with completely letting go of conceptual fabrication, right before they speak a note. It has to do with the most propitious moment of letting go, right before you sound the note. That's the quality that they practice."

Kiermyer's devotion to this approach stretches back for decades, and the 1994 album with Pharoah Sanders, Solomon's Daughter, has just been reissued on the Dot Time label. In the present, 25 years later, the songs on the Exultation album have 'voices' on an instrumental plane, constantly in motion, roiling and heaving in their quest for completion, or perhaps the opposite of completion. Such restlessness actually springs from the settled home of Kiermyer's studio environment. "It's been an evolution. It has a lot to do with the physical space we set up, where we can play live together with really high resolution recording gear. We're recording everything that we're working on. We don't use headphones, and we're all live on the floor, close together."

Kiermyer pens all of the pieces, but they are by no means engraved in the cosmos. "When we started, I had songs, themes and directions. We certainly used these, but we started evolving into a more spontaneous format as we grew closer together, as we all developed as players. Now, we aren't really playing setlists. There's some familiar platforms, but one thing flows into the other, and it's very open in that way..."

The Atoms always endeavour to create a framework where that can happen: "It's coherent. It's not avant-garde in the sense of trying to pretend that there's no time, or no key centre. In nature, there are key centres, and there is time. I'd like to think that our openness makes what we're doing accessible to people that wouldn't normally be listening to jazz. We're very honoured to be opening the Moers Festival," Kiermyer concludes. "We're going to show up and play as if it's the last time we'll ever play..." 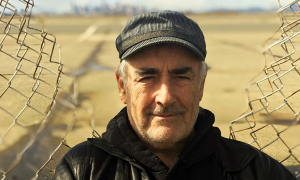 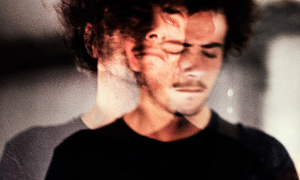 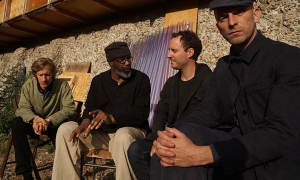